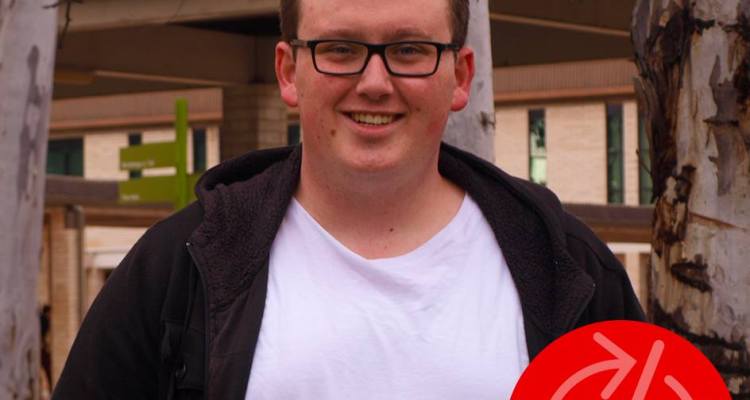 After seeing the 2016 UCSA as an organisation transitioning rather than achieving, second year Arts/IT student Terry Watson has put his name forward for the 2017 UCSA presidency as the head of the “Reboot your UCSA” ticket.

While acting as the Welfare Officer for most of 2016, Watson lists his achievements as shining a light on parking chaos, and dealing with sexual assault on campus.

Watson believes that his ticket, decked out in Labor colours both literally and figuratively, has something different that the other tickets can’t offer.

“The main differential for the Reboot team [from the other candidates] is the experience of the presidential candidate,” he said.

But while he does have runs on the board as Welfare Officer, perhaps the biggest question surrounding the Reboot campaign is how Watson sees so much wrong with the team was a part of, especially the problem of campus visibility.

Given that “YourUCSA” has been heavily backed and crafted by current UCSA President Nawaf Ibrahim, there are questions as to why Watson hasn’t been offered a place in what would be seen as the incumbent ticket.

“It’s been an ideological difference, whereby I wasn’t approached to run by him,” says Watson.

“I don’t believe in proper succession plans. What I see Nawaf’s ticket as is the status quo.”

And with a potential outcome of the election being that Watson is ideologically opposed to those who will sit on the Executive with him as President, he doesn’t feel that this will be too large a hurdle to jump.

While he talks about his experience in dealing with the university as his advantage, his ticket is advocating for more independence from the UC Union.

“The organisation is constricted by the fact that it is in the UC Union.

“The discussions we’ve been having have been moving towards more of an independent organisation again.

“If the money’s coming through to the student representatives, it shouldn’t be determined by people who aren’t students.”

Part of the plan to gain independence from the UC Union again is to get a larger slice of the Student Services Amenities Fee (SSAF) that currently is distributed through the university. By reincorporating the UCSA into its own financial body once more, Watson hopes that more money will flow to students.

Watson has also committed to serving a full term as President if elected, but held off on guaranteeing that everyone on his ticket would do the same. In the past, much of the disorganisation within the UCSA has come from students of all ideologies using the positions as a political stepping stone to work in a position of prominence on Capital Hill.

Another issue arising for the Reboot ticket is that two of the candidates listed in media on their website have not been listed in the official list of nominations. When asked about this Watson declined to comment.

Student Services Amenities Fee (SSAF): Watson believes this money should be taken from the UC Union to fund UCSA activities. All of the ideas he wants to fund would come from this redistribution.

Smoking: Watson’s personal position is that the designated smoking areas should still be there. However, he is happy to accept the decision of the UC Council for a tobacco-free campus, but is still worried about enforcement becoming heavier.

Parking: In an “on-campus” heavy platform, Reboot is pushing for 30-minute parking in front of Cooper Lodge, dedicated parking spots for UniLodge students, and a security bus loop for students and staff. Watson also is prepared to lobby for the parking proposal taken to the ACT election by the Canberra Liberals.

National Union of Students: Watson thinks representation of the UCSA at the NUS gives Canberra students a national voice, particularly with the ANUSA de-credited. The incoming committee would decide whether to sponsor delegates.

You can read more about Terry Watson and Reboot on their campaign Facebook page.