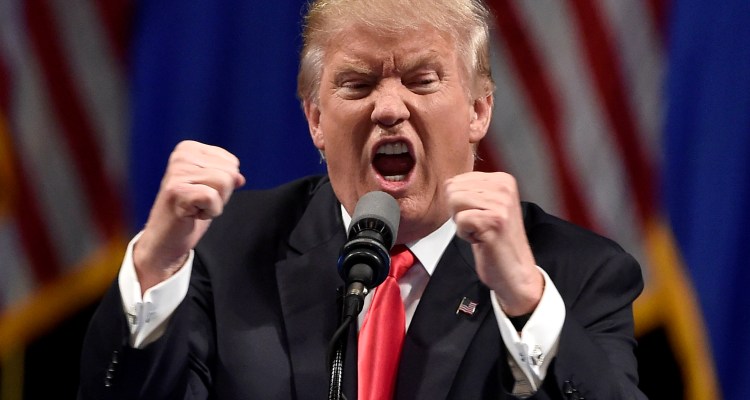 There we go, that’s a wrap. Donald Trump will be the President of the United States from January 2017.

It’s been a great pleasure in 2016 to cover the US presidential election for Curieux, both while I was living in Northern Virginia and then back in Canberra. The twists and turns along the way have made this campaign more than unusual, and the result is befitting of the narrative.

Despite her overall loss, Hillary Clinton did win the popular vote, with 47.75% of the final ballots. However, this comes when only 56.9% of eligible voters in America turned out at the polls. While much of the blame for Clinton’s loss has come at the hands of third-party voters, a stronger turnout would have certainly helped.

I was fortunate enough to watch on from the US Embassy’s election day function at the National Press Club and the biggest surprises to me came from the states of Pennsylvania, Ohio, Michigan and Wisconsin.

The National Press Club hosted an election function, with the opportunity for punters to pick their President! No Johnson/Weld badges left though…

Though Ohio is a swing-state akin to our own Eden-Monaro in federal elections, the state rejected Donald Trump during the primaries, delivering a clear victory to former governor John Kasich. Ohio was also won by Hillary Clinton during the Democratic primaries, leaving the final presidential result a mystery.

Similarly, Republicans in Wisconsin saw Ted Cruz as a better candidate, and Michigan also split its delegates fairly evenly, with a slight edge to Trump.

Despite national popularity of Republicans such George W. Bush, both Pennsylvania and Michigan have voted Democrat going back to 1988.

What the four states have in common is they are positioned in an area of the US called “The Rust Belt”, where industries such as automotive manufacturing and steel processing have been dominant during the 20th century. These are the places in America where automation of the assembly line and the effects of the Global Financial Crisis have been felt the hardest.

Anecdotally, when I was on exchange, I spent some time as an intern with the ABC’s Washington bureau. I remember doing research for a story planned to focus on western Pennsylvania. We found two small towns either side of Pittsburgh that had reacted to job losses in different electoral fashion.

One town had embraced the Bernie Sanders call for America to start looking after the poor and marginalised. The other had committed to Donald Trump’s protectionist message of stopping trade with Chinese industry.

The three biggest figures in America…

Looking back at the results now, it’s clear that these towns had in common than at first glance. Both had the reaction to look away from the White House and Congress, which they believed had led them into their current predicament. Career politicians and Wall Street had ruined their lives, and they weren’t willing to stand for more of the same, they wanted to start fresh.

Certainly this economic narrative isn’t all that Trump tapped into. His comments regarding women, the disabled, Muslims, and Mexicans would have given him a strong push from some voters throughout the country, and across the Rust Belt too.

However, if you ignore that these small towns in disarray were looking for a new start, then you will ignore a key reason that Trump became so successful.

For those of you worried about a Donald Trump authoritarian presidency, here are two reasons you shouldn’t be: the Supreme Court and Congress.

Any student that has taken a law or politics class at UC would have studied the separation of powers, especially in the context of the classical liberal establishment of the United States. While there are powers to act given to the President, these are offset by the powers given to the Supreme Court and Congress at the time.

As President, Donald Trump will have the power to propose legislation to be introduced to Congress, and establish executive orders to help deal with his branch of government.

The Supreme Court, which is made up of nine justices put in place by the president of the day, currently has four Democrats and four Republicans this is after the death of Antonin Scalia earlier in 2016. While the final vacancy now looks likely to be filled by a Republican, these judges may strike down any legislation or executive orders that conflict with the US Constitution, and do not always vote on party lines.

While they lost the presidency, Democrats actually made up major ground in Congress, winning two seats in the Senate and forcing a runoff election in a third, and gaining six seats in the House of Representatives.

Awaiting the Louisiana result, the Senate numbers stand at 51-48 in favour of the Republicans, but with US politicians more readily voting against their own party for state-based interests than in Australia, there is no guarantee Trump/Republican legislation will automatically pass.

For further insight into the separation of powers in the United States, and whether or not the President matters that much, the Freakonomics podcast recently did a whole episode on the topic.

It’s been a wild ride on the 2016 presidential election train, and thanks to those who have engaged with my own journey through Curieux. I’m surprised as anyone else at the result, but that just makes me a poor analyst.

While I believe Trump has a long way to go in dealing with his public, all we can do now is praise the good actions he takes, and criticise the poor ones, particularly in relation to Australia.