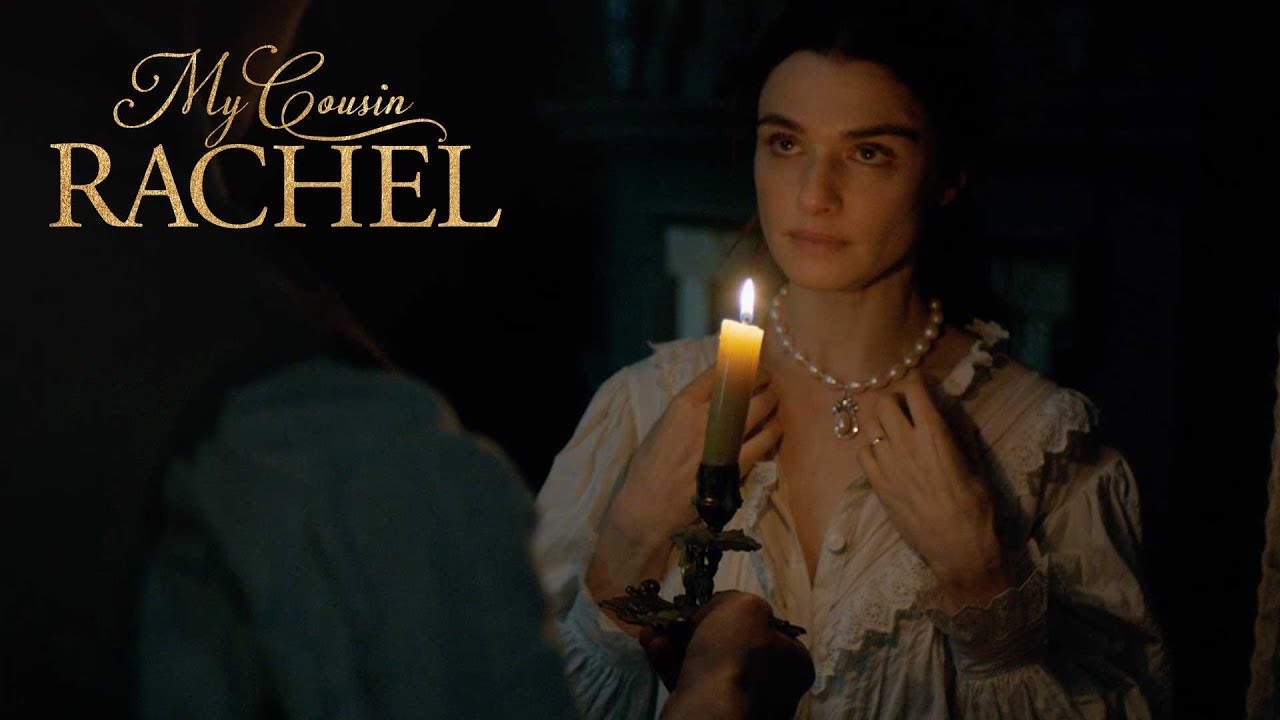 My Cousin Rachel opens and closes with this question, and its answer depends entirely on what you think of the title character.

My Cousin Rachel is a gothic mystery romance, tonally faithful to its chosen genres. It’s also an expertly crafted puzzle game where you have to figure out who the real asshole is.

Impulsive, woman-wary Philip (Sam Claflin) learns of Rachel (Rachel Weisz) through his cousin Ambrose, who marries her while convalescing in Italy. After Ambrose dies, leaving some feverish accusing letters about his new wife, Philip is convinced that she murdered him and decides to punish her. Then, after actually meeting her and discovering – shock horror – she’s pretty, Philip invites Rachel to stay with him and gives her a montage tour around the movies’ main location; his Cornwall property, inherited from dead cousin Ambrose.

This sets up a story which could go in just about any direction, depending on how Romance it is compared to how Gothic.

The whiplash turnaround in Philip’s attitude toward Rachel is made convincing by his emotional immaturity, and by Rachel’s personality. Upon seeing her for the first time, even though she is bereaved and alone, the audience can tell that she has been around the block long enough to know how to deal with an emotionally immature young man, especially when her life depends on it.

Weisz gives a substantial portrayal of a woman who is just barely holding it together in the face of grief and indignity. Claflin’s Philip is equally substantial, as a walking masterclass in “How Not To Behave”. He is fundamentally young; the inexperienced juvenile to Rachel’s worldly maturity. Yet Rachel’s situation as a destitute widow makes her entirely dependent on Philip, giving an inescapable volatility to the pair’s dynamic.

The hasty deepening of Philip’s feelings for Rachel is matched only by her increasing mysteriousness. She appears forthcoming, confessing some uneasy truths to Philip about her and Ambrose’s marriage and treating him with outward respect despite his frequent bluster. Yet she never quite manages to be trusted. The signals that she is untrustworthy are all deliberately subjective, a device which facilitates the dual narrative. She is heavily coded as a poisoning widow, but at the same time, there is nothing provably sinister about her aside from the fact that she’s speciously abysmal with money.

It is Philip’s behaviour which becomes genuinely sinister as the movie progresses, largely because he is a petulant youth who has power over the woman he is smitten with. Given his position among lifelong friends and as the heir to the Cornwall estate, he retains the exterior of an innocent victim, the prey of a sly villainess who is using her feminine wiles to trick him out of his inheritance.

Philip’s eagerness to offer Rachel everything is a wooing tactic, despite his insistence to his godfather that he only trying to do the right thing. He appears to partially believe his own story too, at least up until his wooing tactics fail, at which point his opinion of Rachel spins so rapidly that any doubt as to his motives instantly evaporates.

If you’ve never personally had a guy be gentlemanly towards you right up until you turn him down, at which point he calls you a bitch who can’t appreciate a Nice Guy, then Phillip’s breakneck 180 might seem abrupt. But My Cousin Rachel gently tempts you to ask those questions most movies leave out – are Philip’s actions justifiable? Does Rachel owe him love just because he wants her? What has she actually done that makes her a villain?

There are two options. Either Rachel is the poisoning widow stereotype that she is coded to be, and the story is about a woman succeeding at conniving her way into an estate and money by taking advantage of an innocent young man. Or, Rachel is a woman struggling to live freely in a world which makes that near-impossible, chained by circumstance to a man who swings readily between affection and violence. It all depends on who you’re willing to implicitly trust VS who you’re willing to doubt.

The pace of the movie is unhurried and carefully measured, mostly to make room for emotional subtlety and landscape shots. It gives the audience time to think about what they’re seeing, so if you get bored by a lack of action, the movie might not be for you. But, if you really dig details, you’ll love this movie. It’s one of those films where, if you watch it twice, you’ll notice plenty of little things you didn’t pick up the first time around. Everything is hinted at and carefully set up in a way that both adds to and clarifies the mystery.

My Cousin Rachel is currently showing at Dendy.