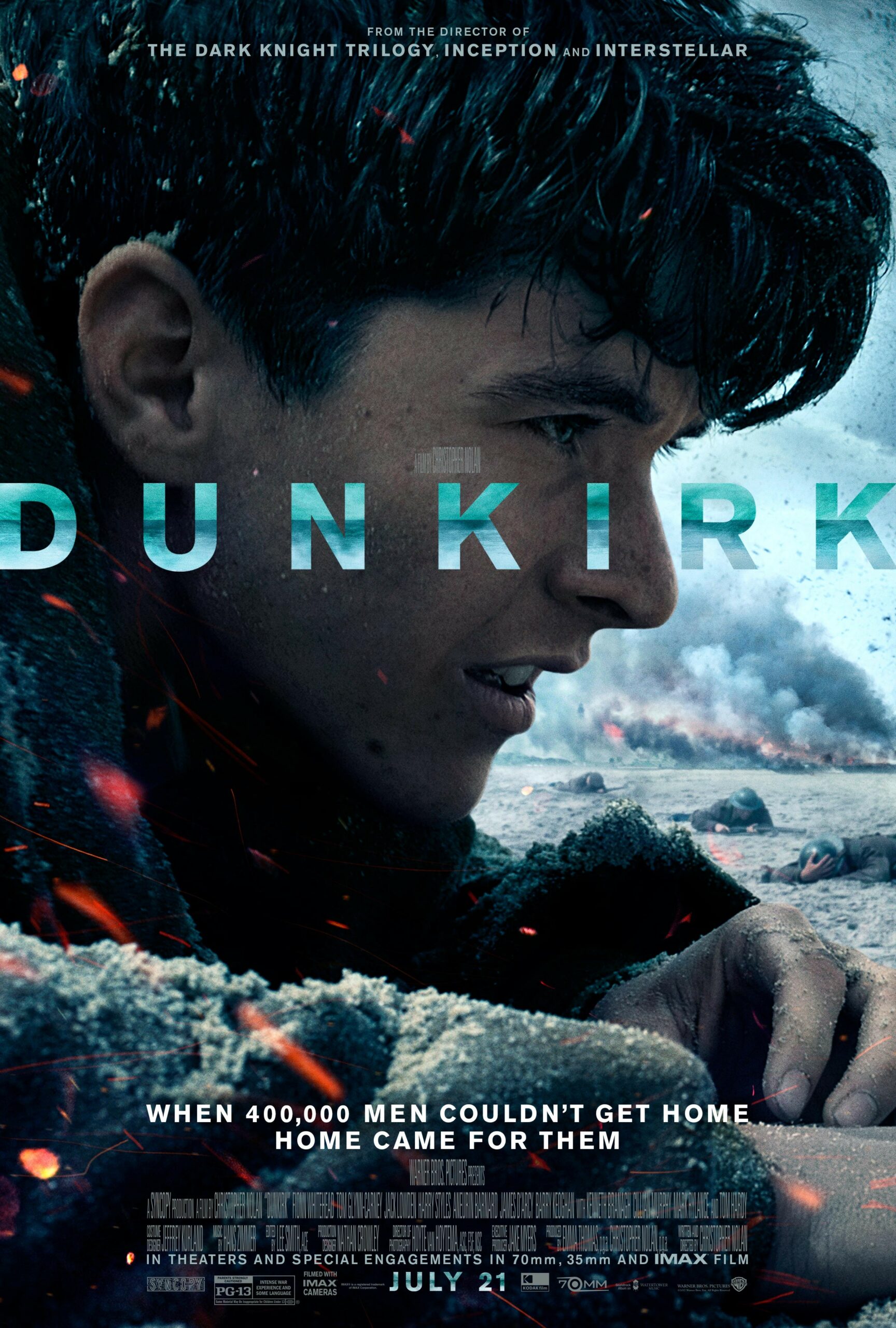 “You can practically see it from here…home.”

In 1940 at the beginning of World War II, Nazi Germany forced 400 thousand Allied soldiers to the beaches of Dunkirk, France – approximately 125km across the ocean from Dover in the United Kingdom. It is so close, yet so far.

Dunkirk tells the story of the difficult task of evacuating these soldiers.

The film is told in three plot threads over different periods of time. These being –

The Mole – One Week

Focuses on a group of young soldiers and their struggle to escape Dunkirk.

The Sea – One Day

Tells the story of a man, his son and teenage hand who decide to sail their boat to Dunkirk to rescue soldiers. Along their journey, they find a British soldier who has crashed his plane into the ocean and is shell-shocked.

The Air – One Hour

Follows three Spitfire pilots who are fighting to provide air support for the soldiers stuck at Dunkirk.

Dunkirk does not rely on much dialogue but the beautiful cinematography really speaks for itself. In a lot of scenes it makes you feel like you’re really there. The lack of dialogue also makes it even more suspenseful.

The score by Hans Zimmer is terrific. In a lot of the scenes there is the sound of a ticking clock, which is very effective and a clever dramatic device in telling the audience that time is running out for these soldiers.

The Mole plot thread does exceptionally well in showing how difficult it was for soldiers to flee Dunkirk. Just as you think they are safe on a boat, either a bomb or a torpedo comes along. One character exclaims, “We’re like sitting ducks!”

When the film was released in Canada, a 97-year-old veteran who was at Dunkirk praised the film. He said all his memories from the battle came back to him. He also said that he hopes young people will go and see the film and, “take some thoughts about them about the inevitability of war.”

This is perhaps one of the main reasons why Dunkirk is so powerful – it shows an audience of a young generation why we need to be so grateful for what our soldiers did for us. It also ensures that the story of Dunkirk can be passed along.

Directed by Christopher Nolan, it is truly a masterpiece. I thoroughly enjoyed the experience of watching this film that is so intense.

Dunkirk receives 5 stars out of 5.

This film was seen courtesy of Dendy Canberra