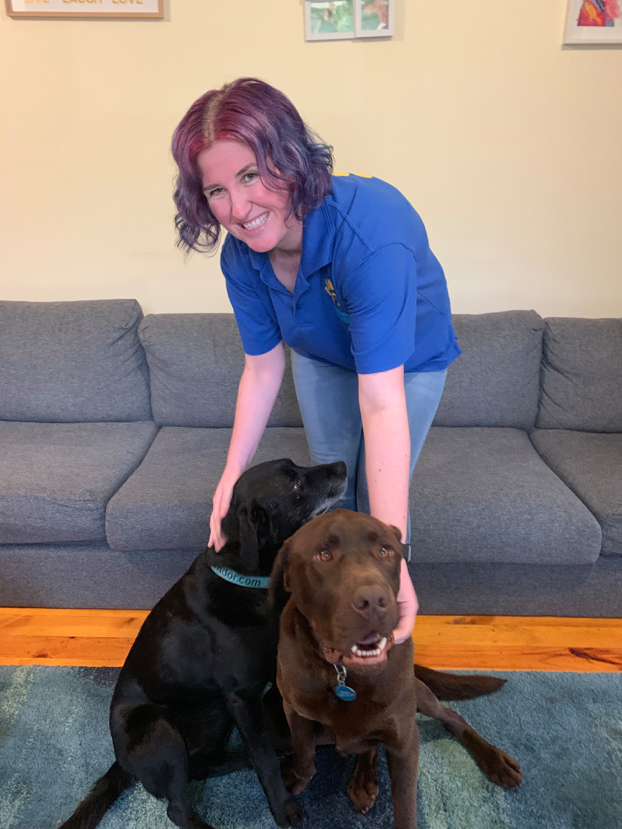 Jet is a Labrador cross Kelpie dog who one day found himself in a rural pound. The next morning Jet was to be euthanized but luckily for the dog, a rescue group saved him from the deathly needle.

Jet landed himself in the pound because of his notorious ability to escape his home. His owners had had enough and this time decided they would not pick him up from the local pound because he was too much work.

He describes 6 types of emotional abuse that animals suffer including rejection, which is an active refusal to provide emotional support to the animal. Terrorising or the creation of a “climate of fear” or an unpredictable threat of hostility, preventing the victim from experiencing a sense of security. Taunting, this being teasing, provoking or harassing. Isolation and abandonment where the animal is left alone and refused interaction with other animals or humans. And finally, over-pressuring where the owner places excessive pressure on an animal to achieve. (McMillan, 2005)

Although Jet’s owner, Mel Smith, doesn’t know the exact extent to which Jet was neglected but she does know that he has experienced more than half of these six types of emotional abuse.

“All we know about him is he had had at least two homes and that he was considered a bit of a runner. Jets anxiety seems very based around new things. Possibly moving homes a couple of times has triggered it” Smith said.

“He’s very unsure. He didn’t really know how to be a dog. It was pretty clear he hadn’t spent a lot of time around other dogs or people… And I think that says a lot about neglect and the affect it can have long term on an animal”.

He was isolated from other animals and humans and wasn’t provided with the emotional support a dog requires to be happy resulting in a feeling of rejection. Consequently, Jet then began to act out and escape and this resulted in his abandonment at the pound.

It is also seen that emotional abuse of animals is much harder to police than physical abuse and that this is usually a major factor in animal behavioural issues.

It is often the invisible scars that cause the most damage.

This sort of emotional turmoil animals face is what prompted the ACT to become the first jurisdiction in Australia to recognise animals as sentient beings.

In philosophy sentience refers to “the ability to perceive one’s environment, and experience sensations such as pain and suffering, or pleasure and comfort (Phillips, 2006).

CEO of RSPCA ACT, Michelle Robertson, says that it is vital to recognise animals as sentient beings and that these new laws will allow the RSPCA to instil this in society.

“But we’ve never had it recognised in law, so we’ve never been able to apply a proper framework”.

That is until now. A time where our society is beginning to understand that we, as humans, are not the only beings out there who can experience emotions.

Head inspector at RSPCA ACT, Tim Hutchens says that before the laws were introduced they were only able to enforce the first three freedoms and the final two, expressing normal behaviour and freedom from fear and distress, were near impossible to enforce because they are a hidden type of trauma.

He believes that these new laws will allow them to appropriately address these animal welfare concerns.

“It will assist our framework of informing and educating people and it will increase our capability. It creates a number of new offences that simplifies what we have done so far. And it makes it clearer for the courts to understand how the animals were mistreated or not treated in the best way possible”, Hutchens said.

When a person breaches these freedoms for animals they are committing animal mistreatment and ultimately contributing to the mental suffering of their pets.

Some of the new penalties the laws will introduce for animal mistreatment include; a $4000 penalty for not giving pets appropriate food, water, shelter or a clean and hygienic environment. People who participate in violent animal activities could face up to three years imprisonment and a $48,000 fine. And, confining a dog for up to a day could result in a $4000 fine if the animal is not exercised within the next 2 hours. However, this particular penalty would not apply if the dog was free to roam a backyard, only if it was tied up.

Peter Gibbs is a long-term veterinarian and believes the new fines may not actually make that much of a difference but they could certainly work in conjunction with other methods.

“A lot of it comes back to education. Increasing the fines probably doesn’t do a lot because the people who are most likely to incur those fines can’t afford them anyway and they probably don’t care and again it comes down to educating people that the animals need to be treated fairly”, Doctor Gibbs said.

Likewise, Robertson attributes reduction of animal cruelty investigations to the education of the public.

According to the RSPCA annual statistics, the amount of animal cruelty investigations has dropped dramatically in the ACT since 2015. 2015 found 2,725 cases of animal cruelty investigated in the ACT which since then has seen a declining trend and reached 988 in 2019, a huge drop in the amount of complaints, being reduced by over half. (RSPCA, 2018)

Despite this it is important to the RSPCA that they have seen these declining figures in complaints because it means that the treatment of animals is improving.

“We’re really pleased to see the number of prosecutions goings down as we work more closely with the community to ensure that we can change behaviour and get much better animal welfare outcomes,” Robertson says.

These declining trends are incredibly significant and the new laws will hopefully help to further reduce animal cruelty in the region by adding incentive to doing the right thing.

These new laws are incredibly relevant to the Canberra community. According to the RSPCA dogs are the most common house hold pet to own in Australia, with 38% of households having at least one pet dog. (RSPCA, 2018)

According to the Canberra Times in their article Annual dog registration considered by ACT government in wake of fatal dog attack in 2017 says that approximately 63,000 dogs are registered in the ACT but unfortunately these figures may not be entirely accurate because not everyone would be registering their dogs. (Lieve, 2017)

In terms of Canberra’s population this would mean that every second household owns a dog.

With this in mind, these new animal sentience laws will affect a lot of people in Canberra. Consequently, this could mean that people take more notice of what it means to recognise an animal as having “feelings” and reduce animal mistreatment.

Jet is a prime example of how treating an animal well could improve their mental health and behaviours.

Mel Smith says that since her and her partner have adopted Jet he has not tried to escape once.

Unfortunately, not all dogs are lucky enough to find their forever home with loving owners. But, for many, hopefully their lives will improve as society’s understanding of animal treatment does.