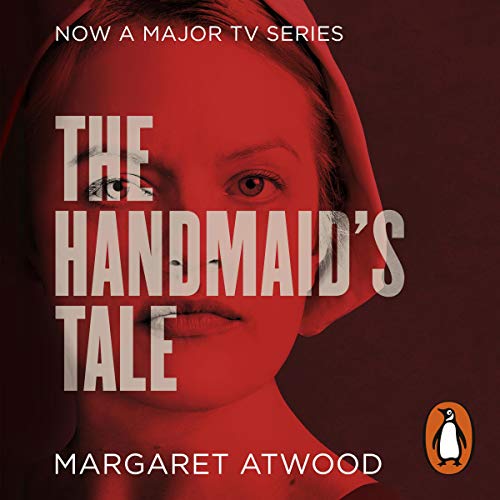 Originally published in 1985, Margaret Atwood’s, The Handmaids Tale was turned into a chilling TV adaption in 2017, that Atwood herself described as disturbing.

Targeting tough themes like fertility, repression, mutilation and suicide, the novel depicts a theocratic dystopian society in which the United States has been taken over by Christian extremists and women have been forced into submission.

A society divided into factions, The Republic of Gilead rules, with men as its leaders. Recounted through the first person point of view of Offred, a women trapped in this new way, the novel uses flashbacks of the protagonists past, one so similar to our own society, mingled with the new world to show how drastically the world she lives in has changed.

As with many dystopian novels, The Handmaid’s Tale draws many parallels to the world we live in and this is what makes it such a powerful, timeless piece of literature, the fact that it could one day become a reality; “nothing changes instantaneously, in a gradually heating bathtub you’d be boiled to death before you knew it”.

Atwood’s commentary on society is complex and her novel is probably the extreme of what our society might become if we don’t change our ways.
Published in 1985, our society is still yet to reach these extremes, and has actually become more tolerant for different races, genders, and sexual orientation. This doesn’t make Atwood’s novel lose any merit but actually gain traction.

The takeover in the novel happened in a matter of months, to a mostly accepting society and more importantly, in a first world country. As Atwood noted herself, “‘it can’t happen here’ could not be depended upon: anything could happen anywhere, given the circumstances.” And as our protagonist says within the novel, “freedom, like everything else, is relative”.

These remarks from our protagonist, allow the reader to comprehend that something, even as atrocious as this, could happen to us. And this is the goal of a dystopian novel, to make us reflect, and to change before it is too late.

Atwood chooses what she goes into detail with, often using symbolism to add a complex meaning to things that may otherwise be seen as, just that, things; “Everything except the wings around my face is red: the colour of blood, which defines us”. Atwood constantly uses colours to help define the class separations in this novel. The Handmaid’s are all dressed in red, a symbol for fertility, but also death. This mirrors the repression of the Handmaids; they are the most free but also the most repressed.

In this new society, they are only useful for breeding but this also makes them incredibly valuable, especially in a society where the ability to have children is one much sort after.

Atwood also depicts the other classes through the use of colour, “he looks us over as if taking inventory. One kneeling woman in red, one seated woman in blue, two in green, standing a solidary man, thin-faced, in the background”. This enforces the ideology that women are objects and shows the past but in our future, and how easily our society could go back to such archaic practices. It also enforces the class divisions found in this society and reflects the discrimination against different races, genders, and sexual orientation.

Flashbacks are a major literary device used in The Handmaids Tale and helps Atwood to successfully execute the plot. Atwood characterises our protagonist using flashbacks and this enables the reader to understand the situation and Offred better. It shows us the way she was, care free and happy with a child and a husband, and juxtaposes this with the current society she lives in where she is not free, doesn’t have a child and is at the whims of her “commander” another social division in her society.
This helps the novel run smoothly despite not being in a traditional chronological order.

The use of flashbacks also adds to the suspense of the novel and helps it to progress in an interesting way which removes the reader from the action but at the same time makes them central to it and eager to read more.

Atwood uses descriptive but concise language to characterise Offred, creating connections between benign objects and our protagonist. “I know why there is no glass, in front of the watercolour picture of blue irises, and why the window opens only partly and why the glass in it is shatter-proof. It isn’t running away they’re afraid of. We wouldn’t get far. It’s those other escapes, the ones you can open in yourself, given a cutting edge”. This is a very real issue that people face every day; suicide. Do I keep on living, or make it all end? Offred shows strength in her will to continue living, even if she doesn’t take an active part in rebelling, she is taking an active part in surviving.

Unlike most dystopian novels, Offred isn’t some daring hero. It is likely that if we, as the readers, were trapped in a society such as this one we would not rebel due to fear for our own lives. It delves into Offred’s life and how she is broken down bit by bit, day by day. How many of us would make the decision to die to rebel against a society such as this one? It is human nature to try to survive, no matter what the cost and when the leaders have no qualms in hanging those who oppose them, when something such as sexual orientation, the society calling homosexuals gender traitors, is punishable by death, why would you?

This shows the dark reality of this new society, portraying the rebels as fallen angels, and characterises Offred as someone who is relatable to the reader.

This novel is timeless, and has been adapted into a televisions series, where it will live on and reach a new demographic. The concise writing style, symbolism and flashbacks paint the picture of this dystopian society and makes the reader reflect and comment on today’s society, exactly what a novel such as this one should do.