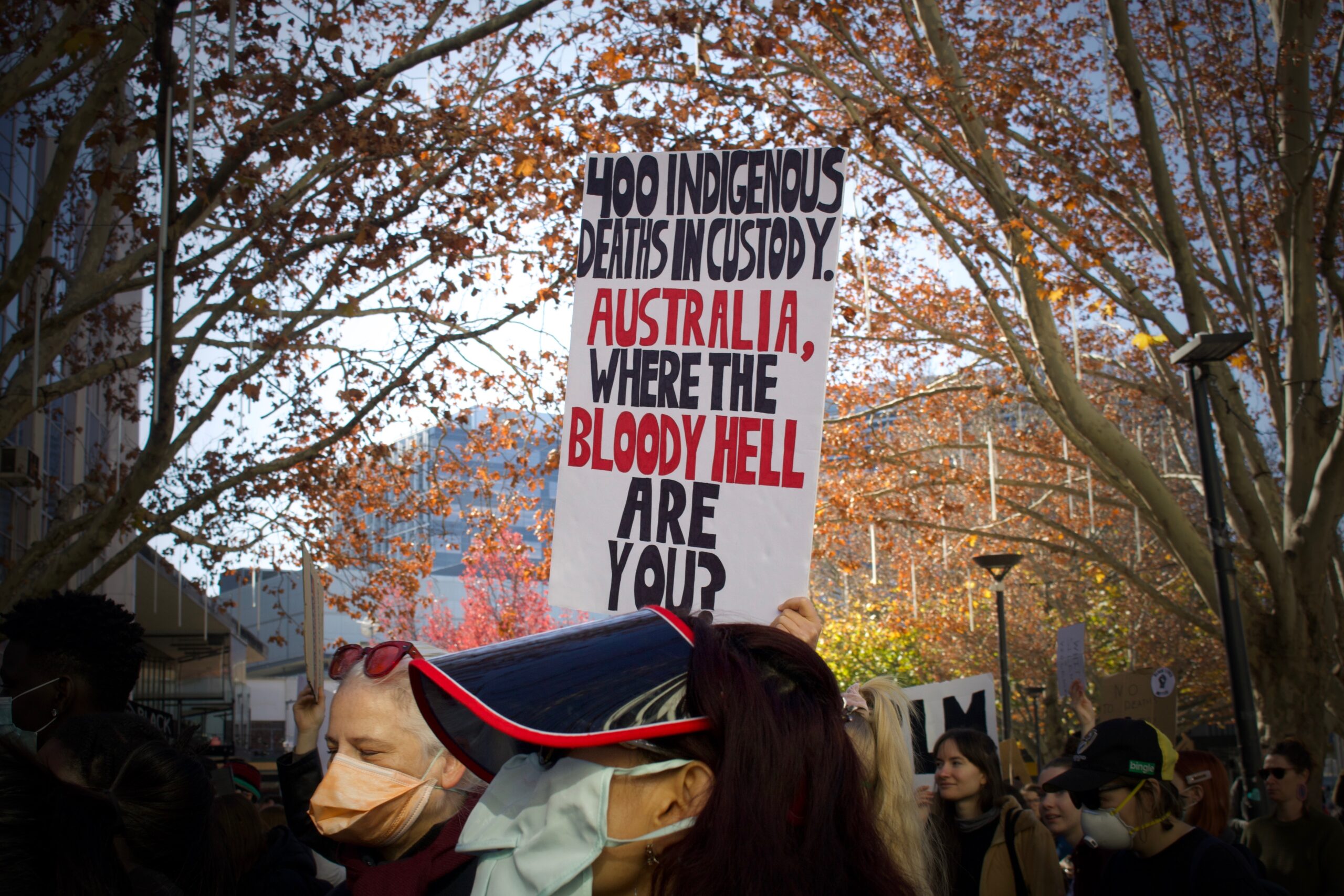 Standing on the lawns of Parliament House, Sudanese organiser Dhëïu BM, spoke to hundreds of Canberrans protesting about racial inequality.

Amidst the crowd that gathered on June 6th was a mixture of signs. Some read ‘stop police brutality’ and ‘I can’t breathe.’ Others ‘432’, the number of indigenous Australians who have died in police custody since 1991.

Sparked by the death of George Floyd, protesting across the USA started in late May and led to worldwide ‘Black Lives Matter’ demonstrations.

The protest in the ACT was held in solidarity to the movement, while also drawing attention to the deaths of Indigenous Australian’s in custody.

According to the Australian Bureau of Statistics, in the ACT Indigenous Australian’s make up 22% of inmates while representing 1.6% of the territories population.

Dhëïu BM has been a Canberra resident on and off since 2000, moving to Australia from his home country, Sudan. After gaining his Masters in Political Science at the Australian National University, he now works as an electrical apprentice.

However, it was not his history of political studies that drew him to organise the Canberra’s Black Lives Matter protest. Rather, his personal experiences living in Canberra and experiencing racism on a daily basis.

We asked Mr. BM about his role organising the demonstration and what action Canberran’s can take next.

Why did you organise this protest?

“It was a very traumatic week for all of us concerned, myself and my family included. So, I pretty much spent the week leading up to it between tears and outrage and every other emotion under the sun.

So, to wait for another (protest) to be organised just wasn’t feasible. I just found it imperative to do something.

You get to a point in life where you’re like ‘I know what needs to be done,’ and therefore you do it. That was the driving force.”

How does the movement in America translate to the ACT?

“When people ask me ‘why am I protesting?’ all I can say is, well I want a better world for my local First Nations People and People of Colour, one where we are truly equal.”

“All I want is to know that when police pull me over, they will treat me with the same respect as a white person.”

“I want to be able to walk into a shop and not be followed by a police officer. I want to apply for a job and not be discriminated against for the colour of my skin. That’s really just the simple world I want, and Canberra isn’t there.”

Was the protest a success?

“It’s a very hard thing to do, to have these conversations, which is exactly what I want to see people do.

To me, the numbers themselves don’t ring a bell, if just one person who showed up who took that message on board and went home and spoke to their uncle, or their mother, or whatever family member or colleague… then that to me would be a success.

The numbers were always going to be irrelevant, it’s the end result that matters.”

What can we do now to stay involved in the movement?

“To be honest, people just need to educate themselves. The end result is to vote for better politicians and end deaths in custody. The more you know about Australian history… the better position you put yourself in to make better decisions.”

“If the roles were reversed how would you feel? If you were just told to get over it, would that cut it? The history of this country should outrage all of us.”

“Word of mouth is powerful, so how can it not be powerful in sparking social change. Hey, speak to your dodgy uncle, they’re more likely to listen to you than to me.”

“Good people have to stand up. There are too many good people who mean well who are just comfortable on their couch nodding in agreement.”

One thought on ““Black Lives Matter” Q & A with protest organiser”