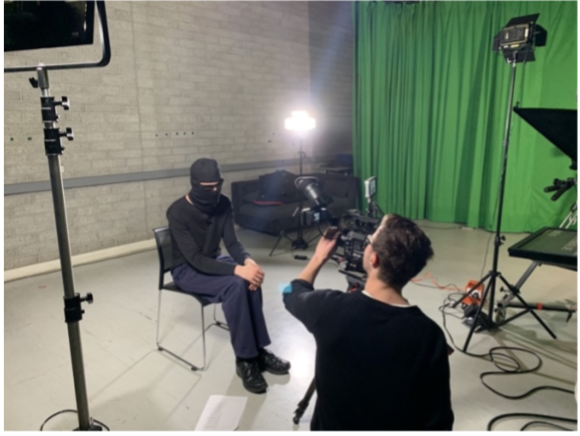 Staring down the barrel of a camera wearing a balaclava, Caleb announced to the Australian public that their cities would be destroyed and loved ones killed in a matter of minutes.

How would you react if someone on TV said your world was going to end? Could you make the right decision for an entire country? This is what simulations created by UC students tested at the Australian Crisis Simulation Summit (ACSS).

While it is difficult to imagine, the simulations created for the 2020 summit could become a reality, it is not impossible.

Six years ago Australia watched in horror as customers in Sydney’s Lindt Cafe were held hostage, one year ago an Australian citizen live-streamed a horrific attack in New Zealand, and last year Parliament House was hacked.

Even more recently, the ABC released an article about the significant threat of “highly active” foreign agents that are pursuing information on a defense project.

In another article, a government department was compromised leaving more than 180,000 people from New South Wales “caught up” in a cybersecurity breach.

And, Australia’s domestic spy agency has also detected an increase in extremist activity online during the pandemic.

Journalism students in the crisis

As part of a video created for the ACSS by UC students, I reported from outside Parliament House with a microphone in hand and eyes watering in the wind. While not the most inspiring picture, putting my journalism skills to practice reminded me of the media’s role to investigate and inform the public during a crisis.

The MEAA Journalist Code of Ethics states that the fundamental principals of journalism involve respect for truth and the public’s right to information. However, through the project, the friction created between the media and the security sectors became increasingly apparent.

Journalists uncover national security issues, inform the public, and critically analyse government decisions. That being so, this role has the ability to help and hinder the work of national security leaders. Therefore, participants of the summit had to navigate the relationship between security leaders and journalists. An important skill managing a crisis in the digital landscape.

As conflicts, protests, and technological advancements increase around the world, it is paramount that Australia is ready. Therefore, the ACSS’s aim is to “secure Australia’s future by preparing the next generation of Australia’s National Security Leaders,” as they respond under pressure to a variety of situations.

Law student, Gemma Dabowkski, from the Australian National University who assisted with the summit, said in an article that the national security landscape post-COVID-19 is “exciting and evolving.”

“As we look to the future, effective national security will require greater interdisciplinary collaboration to pre-empt the risks posed by our challenging geopolitical environment,” Mrs. Dabowkski said.

“This will primarily involve responding to more non-traditional security threats such as cyber-attacks and data theft.”

The simulations were created with software used by NATO, the UK Foreign Office, and the UK Ministry of Defence. Many of the scripts and videos in the simulation were produced by UC students.

The summit took place between the 14th and 18th of September.