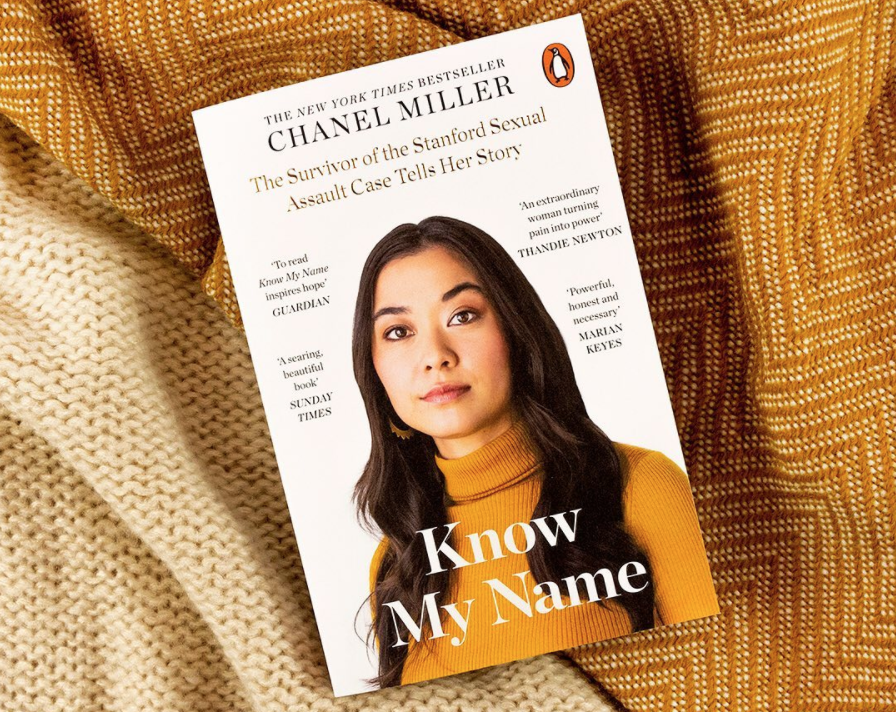 Emily Doe was a name without a face, at the center of a case that would redefine Californian legal precedent, and simultaneously stir anger in those who heard about the outcome.

In 2016, when her victim impact statement went viral, the world got to see a part of Emily Doe for the first time, and it just so happened to be as she took her voice and power back from those who had held it captive from the moment she was assaulted.

Three years later, the world got to know Chanel Miller, as she gave Emily Doe a face, removing the name that was placed upon her in court in an attempt to create anonymity and privacy in an increasingly public trial.

Chanel Miller’s memoir, ‘Know My Name’, details her assault, the trial, and the aftermath through a painfully powerful read. The novel itself serves as another step in taking her voice and power back, by signing her real name next to her words.

It is not an easy read by any means, but it is one that pulls you in, holds your attention, and provides a painfully realistic snapshot of what it is like to be a survivor of sexual assault. Chanel Miller’s story is told entirely on her terms, but as she tells her story, she gives a voice to other survivors who might not have been able to have told their own story.

Throughout the memoir, Miller details each aspect of her story with a blend of pain, humour, and wit, and for those who are or know a survivor, familiarity is found in the pain, the emotion, and the frustration that is in every word. Miller forges an immediate connection with her reader, she is vulnerable and trusting, letting the reader into her experiences, and simultaneously reaching out and letting the reader know that they aren’t alone and that somebody knows exactly what they are going through.

She spends the latter half of the book detailing how a survivor of sexual assault re-enters into a life that they feel out of place in, with the little adaptations made in an attempt to create a sense of security in a world that, more often than not, didn’t protect them when they needed it most. In doing this, Miller shows the reader the struggles behind learning to trust the people closest to you, and the world around you, again, as well as the fear that arises around anyone who could pose a threat. She taps into an important conversation that is not often had and, in the process, gives a survivor back their identity, by placing them and their experience beyond the assault at the forefront of the conversation.

Chanel Miller was so much more before she was sexually assaulted and placed into a system that pulled apart every aspect of her experience and forced her to relive the worst moment of her life, over and over again.
‘Know My Name’ is a perfect testament to understanding that the assault and the trial didn’t make her into who she is. Instead, it allowed her to take her voice back and use it in a way she has never had to before.

‘Know My Name’ is eye-opening and will get you thinking about how you and the society around approaches the topic of sexual assault, the victims, and the unexplained need to protect perpetrators, instead of protecting the ones they assaulted.

This is the kind of book that everyone should read at some point or another, whether it be to educate, to heal, or to understand, but it also lends itself to a larger conversation that needs to be had.

Chanel Miller handed us the blueprint of starting conversations around sexual assault and how society approaches such discussions, and we owe it to her, and every other survivor, to keep the conversation going.

The University of Canberra Medical and Counselling Centre is also open 9 am – 5 pm, Monday – Friday. They provide counselling support services to all staff and students on-campus. You can reach them on 6201 2351.

If you have experienced or witnessed a safety issue or concern, no matter how big or small, report the incident on UC’s safe community website.

You can also call the Canberra Rape Crisis Centre 6247 2525 for more support.