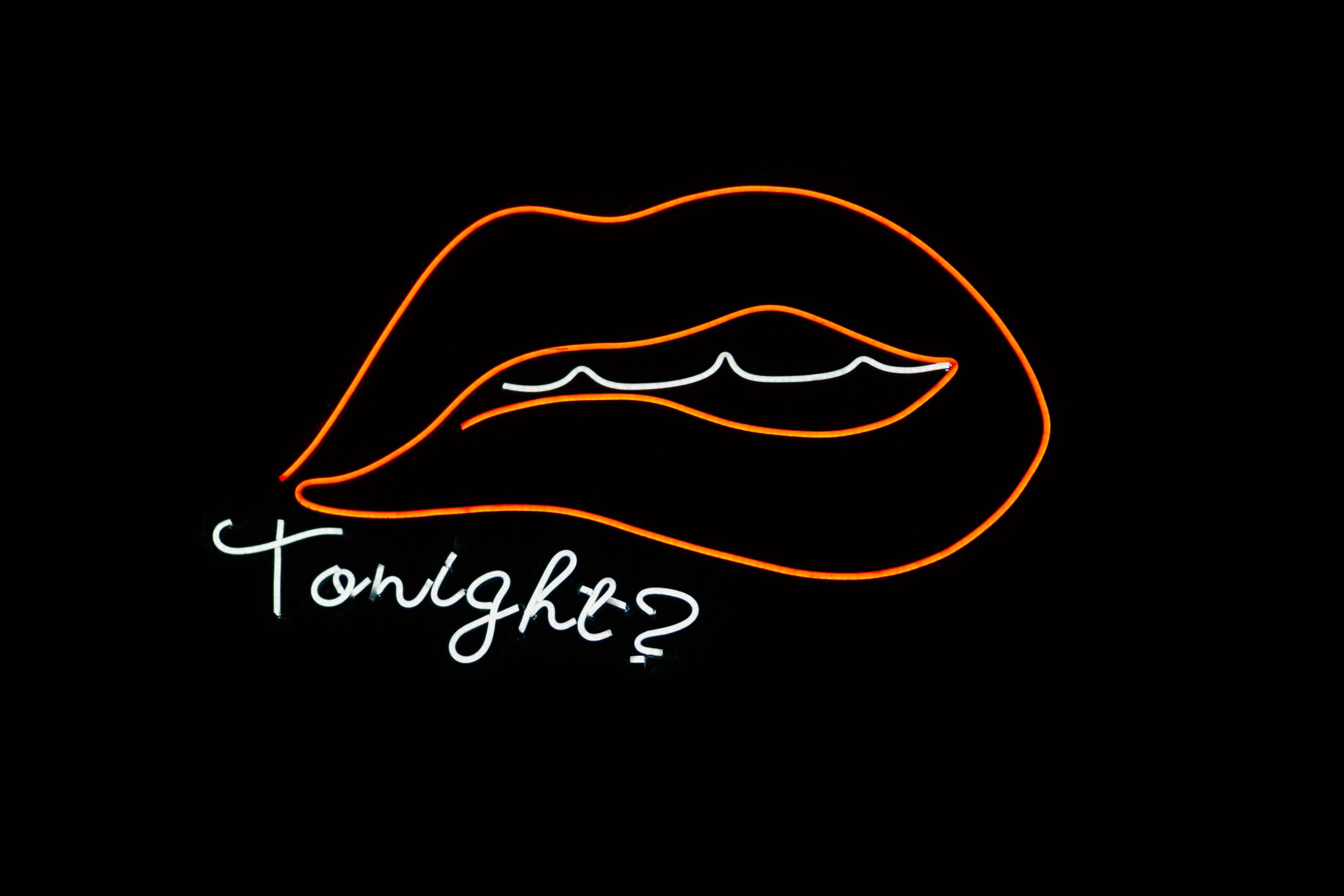 My heels clicked loudly on the corridor’s wooden floorboards as we passed the short trail of black and white nude photographs to an unlatched red door. Behind it was the room we would share for the next ninety minutes.

It bore no resemblance to the brothels portrayed in movies or written about in novels. Warm light bounced off the grey walls and there was no lingering scent of stale smoke or sickly perfume, in fact, there were no discernable scents at all. Then again, this wasn’t your average brothel, there was to be no sex here tonight.

I knew from the moment I met him that this was going to be one of the “bad sessions.” I’d barely had the chance to introduce myself before he explained precisely what we would be doing, as though paying me negated any of my wants or boundaries.

It was times like these that made me question what had led me to this point. A man three times my age was deciding what he wanted to ‘do’ with me like I was the prize pig he bought at a meat market and the situation was completely void of my own free will.

Once we walked through the red door I asked him to get undressed and meet me by the shower for the sexual health check. He informed me he didn’t need to wash because he showered before he came. I simply pointed out where the soap and fresh towels were.

Sometimes you could almost forget you were in a brothel because the room was adorned with modern furniture and luxurious amenities akin to a boutique hotel. But after a few minutes, the client returned. He clambered up on the table and the illusion was broken. In one swift movement, he belly-flopped his entire weight down, turned his head towards the mirror, and grunted, “you’re so sexy.”

Take a moment to envision what you think the typical sex worker looks like, got it? Now forget it. Erase that image from your mind. His statement, no matter how many times I hear it, still shocks me. We must be seeing different things in the mirror.

That image you thought of is not what I or most of the women I’ve met in this industry look like. As for myself, I’m not show-stoppingly attractive, I’m average at best. I’ve always been chunky (sometimes more so than others), fair-skinned, dyed blonde hair, and what I have been told is that I have a pretty face. However, things that I consider a flaw could be what attracts a client to me, and some things can be overlooked if you have the right personality. Contrary to popular belief, looks aren’t everything in this industry.

Even in my shapewear, I would be at least two sizes bigger than what is deemed conventionally sexy. My hair and make-up were in theme for the grunge night and I was sure her friend would just dismiss me, but I agreed to talk to her anyway. We made our way through the pub to the outdoor area. I saw two figures sitting in a dim, smoke-filled corner and the shock on my face must have been obvious for everyone to see.

These women… They were not stereotypically beautiful. Both fuller figured ladies in their mid-thirties, that looked older than their years.

Stevie sported a shaved head, tribal tattoos sketched over her arms and neck, dark tanned skin that made me think of leather shoes and she had a personality that matched her rough exterior.

Neptune led the conversation, she was the expert and this again surprised me. Her skin looked pasty and haggard from years of neglect, her body lacked any defining shape except for her breasts and her face was stern like a witch from a children’s cartoon.

We discussed the basics; my age, if I had any boundaries, names, they reassured me that I wasn’t too big and that I was pretty enough. They were nice, for tonight anyway, but I should have known by their last reassurance that it wasn’t going to last time we spoke about my body?. “Some men won’t choose the most beautiful girl, it’s too intimidating,” Neptune said.

I started gently rubbing oil onto his paper-like skin, spreading it across his back and then on my own chest. It felt as though the pressure from my nipples alone could have been enough to tear his skin. I slowly started to apply more of my weight against his as I slid my way up his back. He began to moan and writhe, and before I had the chance to move back he twisted his arms around me, grabbed my thighs, and pulled me against him. “I don’t know how I’m supposed to stop myself from taking it further” he whispered.

I pulled myself off and laughed “Oh, you know we don’t do that here,” trying to hide my annoyance, “How about we jump in the spa?”

The instant he touched the water he seemed to morph into an aquatic predator, my vagina being the prey.

I had told him already that we don’t do that in the spa, but sometimes you must pick your battles, and right now it was easier to avoid his advances than have an argument. I could see his hand getting ready for the next dive, “I saw doubles on the menu, we’re going to do that next time” he announced, submerging his hand like a miniature shark. As I slid beside him in the spa I told him that doubles aren’t usually a service I offer but I would do them with Bobbi on request. “Who’s Bobbi?” He asked begrudgingly, as though my personal preference had disrupted his fantasy. I reminded him who Bobbi is, a woman he had met with not long before. “Oh yes, she is straight to the point. I like her” he said after a moment’s thought, “Me too,” I agreed, trying to avoid another advance, but this time I wasn’t so lucky.

Bobbi is easily one of the most beautiful women I have ever seen, tall, slender, with hair the hue of an overripe peach, sitting perfectly curled at her shoulders complimenting her creamy skin. She embodies vintage glamour. Though my favorite thing about Bobbi is that she is unapologetically herself, a quality I respect in others. Bobbi and the other women I have encountered in this industry are not at all like the characters we are portrayed as; we are not unclean, drug-affected, or uneducated. For the most part, these women have been some of the most compassionate, strong-willed, and educated people I’ve met. Actively going against what society has told them they should be and succeeding whilst they do.

He grabbed my waist, pulling me towards him as he stuck his tongue out for what he described as deep tongue kissing. I suggested that we move back to the table so we can ‘have some fun.’ Just remembering those words come from my mouth makes me feel a bit queasy. On the table, it began to escalate, it felt like he had a dozen hands pulling me in different directions at the same time. He clasped onto a fistful of my hair and pulled me in for one last kiss before his body went limp.

I quickly started to make my exit as he popped upright on the table, leaning back on his arms, to smugly ask “So, do you have daddy issues?”

I should have been shocked by this question but I’ve heard it many times before. “Not at all, we have a great relationship, he knows all about this” I smile, I hear a quiet noise of confusion as I step into the shower.

When I first started working I was worried about what people would do if they found out. Would my friends think differently of me or would my family not want me to be part of their life anymore. Once I started telling close friends I realised that it is not a big deal and I’ve been lucky no-one I have told has reacted negatively.

The biggest relief came when I was in London, I answered a call from my dad, he let me know what destruction my dog had been causing while I was away and then his tone changed.

He told me he loved me and that he would support me with whatever choices I made in my life, then called me Holly. A name I only use at work. In that moment I didn’t know why I had been worried, why I believed that his conservative disposition would outweigh the fact that I was his daughter, a daughter he had dedicated half his life to raising. Since then I haven’t let the thought of someone finding out what I do worry me.

We don’t speak as we both get dressed. Closing the gate behind him I let out a sigh of relief, it was done and I wouldn’t have to see him again this month. As I enter the communal area Bobbi asks me how everything went and lets me know that I have a booking in half an hour with one of my regular clients. I smile as I haven’t seen him in a while, I can almost feel the disdain from the last hour and a half drain from me.

While the story I have shared isn’t a romanticised scene from “pretty woman,” it is easy to forget that for every unpleasant client you see there will be someone who comes in because you make them feel young again. Clients who appreciate someone being interested in what they have to say, a person you can laugh with, or someone who just wanted to see how pretty your smile is.