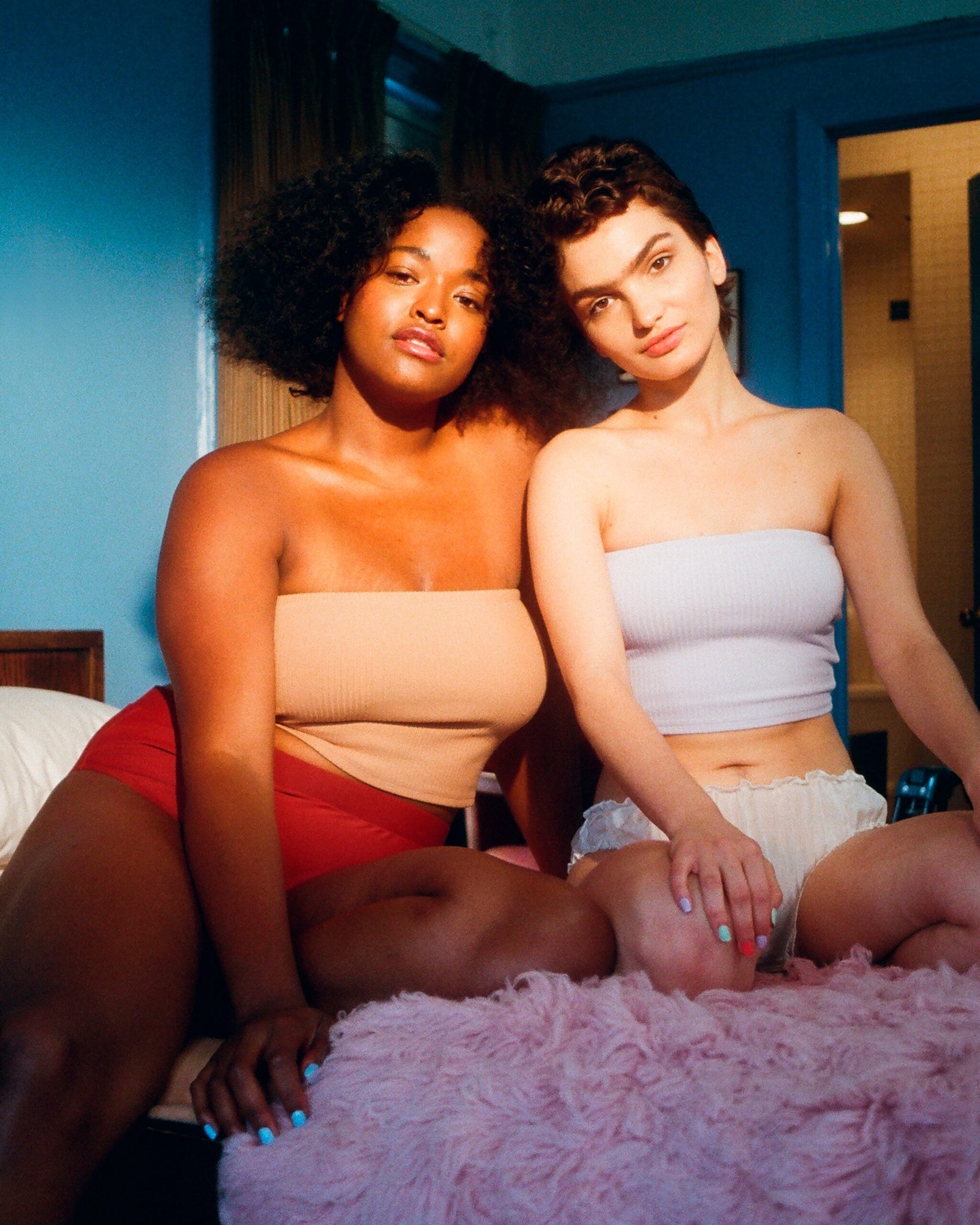 When some, or all, of the symptoms you are experiencing, are not being taken seriously by doctors, the quality of the healthcare you are receiving is undoubtedly declining.

For women all around the world, even here in Australia, this is the reality. It’s known as the pain gap.

Over the past few years, more research and media coverage has been dedicated to the phenomenon of the medical community dismissing pain and other symptoms experienced by women, particularly women of colour. However, very little has been done to address this at the ground level.

The first time I cried in a GP’s office I wasn’t sad. I was frustrated. I was at my third appointment with a new GP, the fourth that year. I had written down exactly what I needed to say, because I knew the pain I was experiencing, I knew I needed help, and I knew that, so far, everyone else had refused to give it to me.

But my speech didn’t work. The doctor dismissed me completely, and I broke down.

My plan to be calm and collected didn’t work, so instead, I begged them, with tears running down my face, to help me with my pain and with my ‘blacking out episodes,’ as I called them. They refused. They told me Panadol should be fine, it’s probably period related, and that all girls experience this.

Ten months later I was diagnosed with a seizure disorder and over the next few years; five types of chronic pain disorders, chronic fatigue, and possible fibromyalgia.

When I left that doctor’s office, I was in shock. That was the day I knew, without a shadow of a doubt, that the pain gap is real.

When you first hear about the pain gap, it can be easy to think that women are simply being misunderstood by physicians. But it is so much more than that. Centuries of sexism, underfunded research, and neglect have created a system that minimises women’s health.

78% of people with an autoimmune disease are women. Chronic fatigue syndrome, fibromyalgia, postural orthostatic tachycardia syndrome (POTS), irritable bowel syndrome, rheumatoid arthritis, multiple sclerosis, lupus, diseases that attack the central nervous system, and Alzheimer’s disease; these are just a few conditions that affect women at a much higher rate than men and are historically and systematically underfunded and under-researched.

Only recently, and thanks to massive campaigning by female activists, have we begun dedicating funding to conditions like endometriosis, which causes infertility and extreme pain for one in ten women every month. We are decades behind where the research would be if this condition, and others like it, were taken seriously from when women first reported them.

Our understanding of women’s health is failing even at the ground level. We all know the symptoms of a heart attack, right? Chest pain, arm pain, sweating, and fatigue. Women are three times more likely to have a fatal heart attack than men yet the symptoms we are taught are often not those experienced by women. Symptoms of a heart attack in women are shortness of breath, nausea, vomiting, and back and jaw pain. A 2020 CDC study found that only 48% of people know to look out for these symptoms, less than half. Most heart attacks for women, in fact, aren’t painful at all. Women, and worse, doctors, often mistake heart attack symptoms for indigestion or muscle aches, because they aren’t told what to look for. If women don’t know they are having a heart attack, they don’t seek, or receive, help.

The pain gap is systematic. Research has either been lacking for generations as women’s conditions have gone unnoticed or uncared for, or research has been almost solely based on male data. Women are engaging with a system that was designed for someone else.

The pain gap exists both in the form of lacking research caused by generations of sexism and female oppression, and of everyday sexism. However, it is important to recognise that not everyone who experiences the pain gap is a woman. Trans men and non-binary people who were assigned female at birth (AFAB) have their own unique experiences with the pain gap that intersect with the disparities’ of being a queer person in the healthcare system.

Healthcare for the queer community is difficult to access and lacking in research. Plain and simple. For a large portion of the LGBTQI+ community, seeking medical care means having to find a doctor who has self-identified as LGBTQI+ friendly to ensure safety and literacy in queer healthcare. A 2019 report out of La Trobe University surveyed over 500 trans Australians and found that 41% at had some point when requiring emergency care, avoided going because of their gender identity.

There is also plenty of research to show that, in Australia, people of colour, particularly Indigenous Australians, experience lower quality, and restricted access to, healthcare. Therefore, women of colour are at a massive disadvantage when it comes to seeking medical treatment. The pain gap, for them, is even larger.

Tracy’s medical history is as thick as an encyclopedia, filled with unnecessary medical procedures and heartbreaking tales. She had both her appendix and gallbladder removed, as well as three surgeries on her bile ducts, and spent a year in a full-body brace. All unnecessary surgeries that Tracy said had little to no proof they were medically necessary at the time. They were all the result of misdiagnoses from doctors who failed to recognise her illness, fibromyalgia.

Fibromyalgia affects 2-5% of the population, mostly women, yet the average length of time it takes to get a diagnosis is five years.

“The pain was unbearable’ Tracy said, not referring to a specific time period per se, just her life. She’s in her mid 50’s but has suffered from acute pain since she was born. Despite a string of hospitalisations and unnecessary surgeries in her teens, 20s, and 30s, it wasn’t until her 40’s that Tracy took it upon herself to find out what was going on. History taught her that doctors could not be trusted.

The largest indicator for fibromyalgia is pain, and it’s the one symptom that Tracy says doctors dismissed the most. She was accused of lying about pain, of hysteria, being a drug addict, being perimenopausal (in her 20s), and of overreacting to period cramps.

‘I started taking my eldest son to appointments,’ she said doctors would accept that her pain was serious if her son explained the effect it was having on her life, rather than her.

After so long dealing with the healthcare system, she has one very strict rule.

‘I only see female [doctors] now!’

Tracy’s experience with the health care system epitomises the issues that affect so many women. The disparity in treatment between men and women is not as simple as male doctors seeing a woman walk in, shaking their head and thinking ‘Nah, they’re fine!’ It’s much more complex than that.

In her book, Doing Harm, Maya Dusenbery points out that conditions’ that women suffer from are chronically under-researched and under-funded. This has led to doctors, like Tracy’s, being completely uneducated on how to diagnose or treat them. So, women often suffer for years waiting for a diagnosis.

So, women often suffer for years waiting for a diagnosis.

Let’s deconstruct this sentence. It’s often found in articles that discuss women’s health. But what does it really mean? It makes it sound like the disease or illness is extremely difficult to diagnose. While for many conditions this is true, there are pathways for a diagnosis, and as many women, like Tracy and I, know, once you are on the right path, the diagnosis usually only takes a few months. The years of waiting comes from misdiagnosis, or complete dismissal, from healthcare professionals.

When you see a doctor, you should have complete confidence that they are a specialist in their field, that they will not minimise or ignore your symptoms, and they are up to date on the current research in their field. Unfortunately, even in a country like Australia, with a health care system envied by millions, women do not have this luxury.

The doctor that I credit with my diagnosis was not a specialist in that field, nor did they actually diagnose me. They were, however, the first doctor to listen to all of my symptoms as a whole, without minimising any experiences or my pain. They referred me to a specialist, with a long letter, specifically saying the symptoms I was experiencing were having a profound effect on my life and that I should be taken seriously. This doctor is a woman. She advocated for me when no other doctor would.

Women do not suffer for years waiting for a diagnosis because we are failing to communicate. We suffer because of the pain gap. Because the healthcare system was not designed for women, for women of colour, or for queer people.

For now, I leave my fellow women with this advice;

be your own advocate. You know your body, your pain, and your experiences. Only you can advocate for the best healthcare and treatment that you deserve, because doctors sure as hell aren’t going to do it for you.