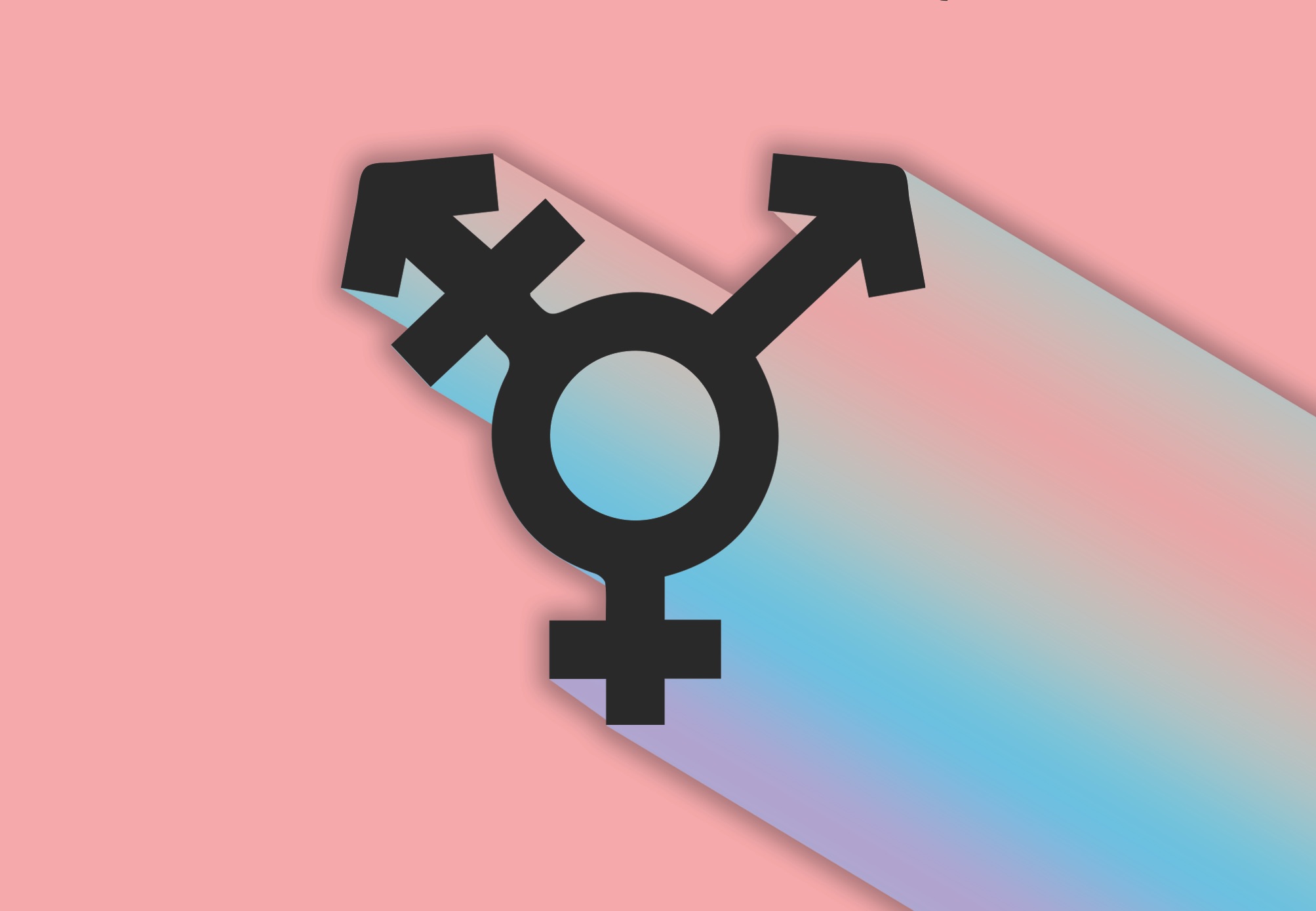 Congratulations on your Big Life Decision. Not everyone has what it takes to pack up and leave the familiar awfulness of heterosexual sex and dating, to step into the unknown awfulness of queer sex and dating. But you? You’re special. You’re taking those first steps into a world you’ve only seen through gorgeous women on Instagram and aesthetic Tumblr posts.

To ease this transition into your new identity, the Queer Council has developed this handy pamphlet. Our usual business is setting the Gay Agenda, but it’s important to take time out for our newest members every once in a while.

Read on! With this pamphlet as your guide, we’ll take you from your first tentative steps as a baby queer to your first foursome, with plenty of stops along the way!

Friendships and (Gay) You

Having decided to eschew your male socialisation and walk out into the world as a trans woman, your friendships are about to change significantly. The comfortable solidarity that straight men have, where they hobble up to each other at BBQs and parties, beer in hand, to say, “Going alright mate?” is gone. Don’t despair – this comfort was always surface level, and these friendships only ever gave you the vulnerability and space to be who you are when you were in the middle of a breakdown, totally unable to control yourself.

Conversely, Queer Friendships are all vulnerability, all the time. Being outside the norm is something that inherently requires introspection. You have to look inward and admit things about yourself – something straight people can do but are never forced to. Every queer you meet has, at least once, reckoned with their feelings and been vulnerable enough to come out.

Trans men, on the other hand, are now being inducted into the surface solidarity of cismen. Consider it a hostage exchange.

We at the Queer Council make no judgment on if this is a good or bad thing inherently. However, we advise you to approach this with caution.

You’re going to inevitably think, “Wow I love my friends so much and I wish I could show them how much I care about them,” and, with how sexually liberated the queer community is (more on this later), you’re going to realise that sex is a way to have fun and show affection at the same time. Queer sex is going to be the equivalent to straight guys kicking the footy around or straight women getting collective alcohol poisoning from jelly shots – that’s just how you show affection.

Accept that no matter how casually you approach sex, there’s always something to it – perhaps the vulnerability or perceived sacredness – which means it’s risky. So, ask yourself this:

Which brings us neatly to:

Woe to any queer that lives in regional Australia. You’re going to know every queer person within a few months. In the smaller cities (Canberra, Darwin, Adelaide) this process takes about three years. In the larger ones (Melbourne, Sydney) you might just get away with five years before you’ve met everyone.

But know this: you will not escape. There is no way to avoid bumping into every queer in the area.

This has its pros and cons. On one hand, with so few queer friends available, you’ll quickly develop strong bonds with the ones you do have. You’ll tell them “I love you” within a month of knowing them; you’ll feel as though these people have been by your side since you came screaming out the womb.

However, nothing sharpens frustration quite like love, and proximity to all these people can have harsh drawbacks.

The queer community has been subjected to discrimination and pain for a long time. That, understandably, means higher rates of trauma and mental illness. And, with the mental health system under enormous strain, there’s no guarantee that needing therapy means you’ll get it.

Maybe you remind somebody of the person who hurt them. Your actions, believed to be innocuous, may be perceived as a threat. The most common response, for a group where confrontation usually means violent state repression, is avoidance.

People will stop responding and you won’t know why. Promising relationships will snuff out in the early stages with no explanation. Friends will quietly and awkwardly, let you know that they’d “love to be your friend, I just can’t right now. I’ll let you know if things cool down with [person].”

You can’t be angry about this sort of thing, no more than you could be angry about somebody having trauma in the first place. It sucks, obviously, and it’s going to hurt each time, but you will have to accept it.

That doesn’t even include the normal reasons people avoid each other. You have to be prepared for those as well. Brace yourself for interesting conversations with someone you really like, only to find out they’re your ex’s housemate. Or maybe they’re in a poly relationship with someone you can’t stand. Or maybe they go to the same drag shows as Cass – she doesn’t have a specific problem with you, but she’s good friends with your ex, and that’s just too few degrees of separation.

Dating in the Queer Meat Market

What’s your ‘in?’ How do you go from New Queer to Dating Queer?

A drag show might seem like a good idea, but you’ll quickly find that these events have little opportunity for idle chatter, and most people who come here are in a group. You can’t exactly attach yourself to them like a barnacle, though you might hope they adopt you.

There’s no such thing as a gay club, either. The entire club structure is set up to accentuate the socially expected differences between men and women, and, even then, straight people are increasingly encroaching on gay clubs.

(Sidenote to any straight person that comes into possession of this pamphlet: Fuck off. You have every other space in the world reserved for you; you are accepted everywhere. If you’re not prepared to get gay as hell, stay the fuck out of gay clubs.)

Sooner or later, you’re going to realise that your ‘in’ is Tinder, Bumble, Hinge, or any other dating app. Take your pick, because, at the end of the day, they’re all Meat Markets.

No matter how much time you spend cultivating a rich inner world, no matter how much personality you might have, when you step onto the apps, you’re six photos and a bio. Better make it a good one!

This is particularly problematic for gay trans people. A trans woman might have perfectly good meat, but if she’s trying to sell beef in the chicken section, most people are going to turn away from the stall – it’s just not what they’re looking for.

You have one tantalising option, however. It simply means debasing yourself.

You see, some people like to pretend queer people are all enlightened and are therefore free from the muck of ages. Objectification is just something cismen do to women, we could never have that here!

But we do. There are some queer people, typically women or nonbinary, who love nothing more than to step down into the objectification pit and have some fun of their own. Their target of choice? Femme presenting trans women a few years into their medical transition.

This has more purchase on Twitter than in the real world (thank god) but expect to run into it anyway.

Dick is awful; ‘girldick’ is amazing. All a trans woman needs to do to amass thousands of hungry eyes is post a picture of her dress lifted to reveal a hard cock. Trans women aren’t people, with their own complicated narratives, of course not. Don’t be ridiculous! Trans women are a convenient way to get dicked down without dealing with a man, and that’s all they’re good for.

Embracing this is a good way to sell in the Meat Market. Maybe being reduced to a sex object will help your dysphoria; “Look, I’m finally being treated like a ‘real’ woman, now that people only view my worth as my body.”

Putting the Sexual in Homosexual

Or the thing in your partner.

You’ve been on your first Queer Date. Congratulations! Perhaps you had a picnic under the stars, or visited cemeteries, or talked about how you expect to die in a dumpling restaurant. Either way, here you are.

One of two things will happen. The first possibility is that your date, who’s had a fun time, now needs time to take it slow. Trauma has been difficult, and they would now like to enter the years-long courtship process, whereby you will orbit each other on intermittent cute dates until, eventually, the clothes come off three years after the first date.

This happens, but it’s far less common than the alternative:

After the first date, you both want to say, “I love you.” You already feel that way, and you’ll probably end up saying it after the second date. One of you suggests coming back to judge your bookshelf, or having a cup of instant coffee, or borrowing a pin. Any excuse will do because it’s just that: an excuse.

Now the clothes are off, you’re struggling to process how hot your date is, and you’re ready to run into it. This is where you need to pause for a moment.

You may be used to straight sex; three minutes of jackhammering before the guy says, “You must’ve come like twice, right?” It’s understandable to carry that impulse here, but it’s precisely why straight women orgasm far less than gay ones do (and why both orgasm less than men).

There is no ‘standard’ for gay sex. Straight people have the (questionable) advantage of dominating media. Which means we’ve all been raised on dimly lit rooms where an unbelievably gorgeous woman and an impossibly chiseled man make the beast with two backs with strategic sheet censorship. This doesn’t exist for us.

We’re socially conditioned to think this is bad. We want our partners to use their psychic powers to divine what gets us off without ever asking, and then we want them to do it without us asking. Given the risks involved in diving into kink without explicit consent, you’re going to have to learn to live with those conversations.

And live with it you will. I promise. Doing something regularly because you asked feels a lot nicer than suffering through disappointing sex for years.

The road ahead of you is one that was won through blood and struggle. Ordinary people fought and died for your right to get the life fucked out of you by your friend after watching a shitty movie together.

Lace-up your boots and get walking. There’s fear and opportunity in equal measure, and the only way to get the rewards of being gay is to subject yourself to the mortifying ordeal of being an out and proud dipshit.

Welcome to the community. We hope you enjoy your stay.