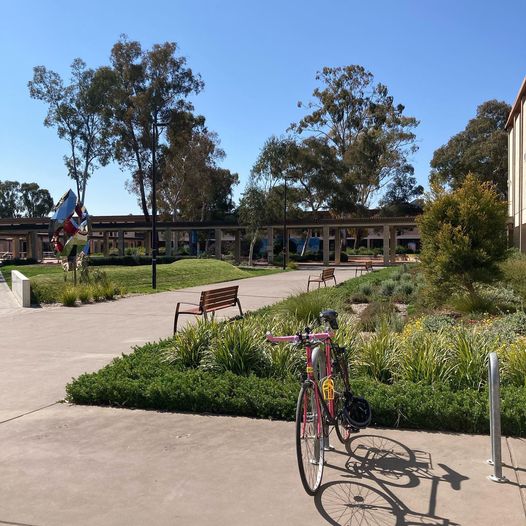 The COVID-19 Pandemic has held the world hostage for close to two years and Australia has been no exception, unable to escape the virus’ reckoning. Lockdowns have become a way of life in a majority of states and territories and will remain until vaccination targets are projected to be met in the coming months. As Australia begins to learn to live with the virus, it must also learn to live with the fallout of what experts, such as former Mental Health Commissioner, Professor Ian Hickie have labelled, a Shadow Pandemic. While lockdowns have arguably been crucial in curtailing the spread of the virus within the community, it has become a double-edged sword, exacerbating some of Australia’s biggest underlying social problems, with the perpetual prevailing issue of mental health struggles leading the way.

“This lockdown has been really difficult,” twenty-five-year-old University of Canberra (UC) student, Suzani Tongu admitted. “I kinda thought it would be short since there weren’t many cases, but that didn’t end up happening and it’s been going on for weeks now.”

Via a combination of good decision making and luck, the Australian Capital Territory (ACT) miraculously remained relatively untouched during the initial outbreak, despite being precariously perched between New South Wales and Victoria, a hotbed of virus cases and deaths since the outbreak began. The Delta strain was the game changer nobody was prepared for, and after recording one case in mid-August, ACT Chief Minister, Andrew Barr, took no chances and locked Canberra down. The Territory has now hit its first milestone outlined in the National Plan, with over 70% of the eligible population being fully vaccinated. The ACT is expected to become the most COVID vaccinated city in the world, as Chief Minister Barr announced he expects around 99% of the population to be fully vaccinated by the end of November. But even with the high vaccination rates, the Territory still has restrictions in place. Suzani has found the past few months in lockdown have put her mental health to the test.

“It’s hard, especially since I live by myself on campus at UC. My family live on the other side of Canberra, in Western Creek, and I haven’t been able to see them in over a month. I miss them, especially my little niece. She means the world to me.”

Born in a small village, several hundred kilometres from Uganda’s capital, Kampala, Suzani and her family spent five years living in a refugee camp, before they migrated to Australia in 2007. They have remained close-knit ever since.

“Some days are better than others and then on other days, they are the worst; like a lot worse. My emotions feel like a yoyo. I don’t have the motivation to get out of bed, or even log onto my virtual classes and listen to my lectures or attend my [tutorials]. I just keep thinking to myself, ‘What’s the point?’ I see news from other countries, especially ones with high double vaccination rates and they’re still really struggling with this thing. It makes me think it will never end.”

Suzani’s story is one that has become unfortunately all too familiar for Senior Psychologist at the UC Medical and Counselling Centre, Vicki De Prazer, who stated she believes the pandemic and the lockdowns have taken a toll on lowering the resilience of students at the university. “We’ve been really busy. There are far more clients coming to us with greater distress and greater struggles over the last twelve months than we have seen previously. People are a lot more anxious and stressed. They can’t visit friends and they can’t plan a holiday. All of those types of little things aren’t there to give people a bit of optimism. They don’t really have anything to look forward to like they usually do. There is a real air of uncertainty.”

The mental health of the students living on campus during these unprecedented times is a top priority for UniLodge, the operator and manager of the residential properties on UC, as well as a building situated on Chandler Street, known as Weeden Lodge. One of the Residential Advisors (RA) from the off-campus building, Tom Fiander, divulged that there had been an uptick in mental health-related issues he and his colleagues have had to respond to during the evenings. “We’ve definitely had more calls recently and had to respond to welfare check-ups. UniLodge has been really proactive during the pandemic in this area. The creation of a wellbeing check, smartsheet, has really been a game-changer in being able to monitor the welfare of residents without face-to-face contact, so neither the RA or resident is at potential risk. Every resident has one on the back of their door, they scan the QR code and fill in the form on a fortnightly basis. If they fail to do so, the key card that grants them access to the budling and their room will be temporarily deactivated and they will have to front up to reception, where they will be asked if they are ok.”

This is a question that probably should be asked more often, as Lifeline admitted being inundated with a record amount of calls since the beginning of the pandemic. This is in line with data released by the Australian Bureau of Statistics from a survey conducted into psychological distress, which found one in five Australians are suffering some form of mental health struggle. Further results found that young people, women and individuals living with a disability are most at risk.

Early on during Canberra’s lockdown, the small luxury of being able to choose one individual from another household to visit them and vice versa has gone a long way in easing the hardship of lockdown and prolonged isolation. Tom and Suzani, both chose their partner. Tom feels it has ‘made me more grounded,’ as it provides some assurance in such uncertain times that he knows he can be with his partner on particular days and not worry when they will meet next.

For Suzani, ‘it feels like a lifesaver,’ having dated her partner for over 4 years, the thought of being unable to see the person she loves was one that filled her with stress and unimaginable anxiety. “We do everything together. We spend most of the day together, so even though it’s hard not being able to see my family, I’m so thankful that I have him through this time. I feel horrible though because he can’t leave Canberra to go see his mum. She lives in Ulladulla (a town on the New South Wales, South Coast). We’re both really worried about her because she lives by herself and is still recovering from having breast cancer less than a year ago.”

On the 15th, ACT residences will receive more freedoms as the light at the end of the tunnel becomes brighter. As the world begins to leave this dark chapter behind, the COVID-19 pandemic has reminded people how valuable and precious their time together is.