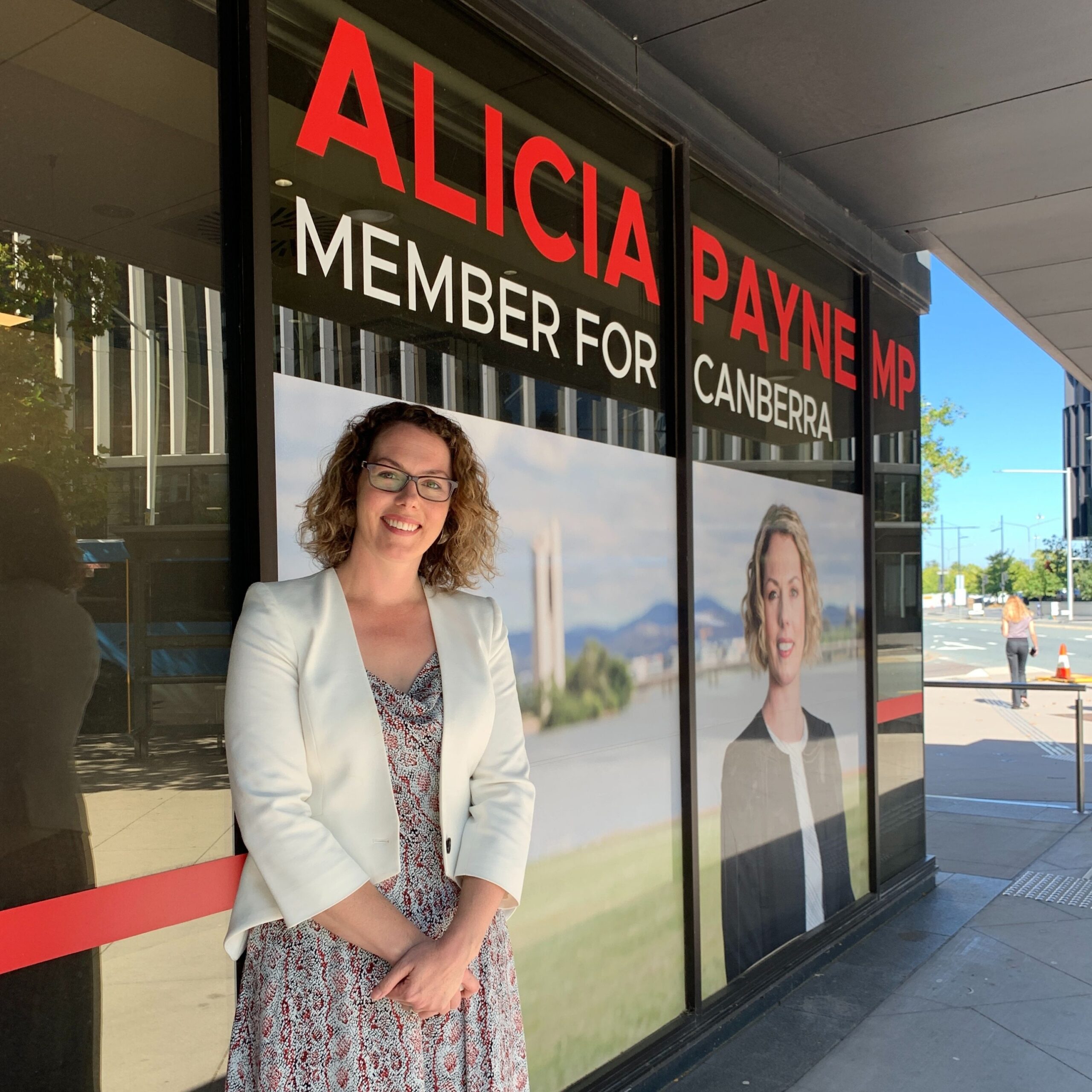 Disclaimer: This piece was originally written for publication on The Owl.

On the eve of the 2022 federal election, Canberrans are turning their eyes to their federal members on a number of key issues: cost of living relief, climate action, childcare, and aged care. You name it, it is on the cards.

Federal Member for Canberra Alicia Payne MP has spent the last couple of months hearing these concerns. As election day looms, and campaigning begins, I sat down with Ms. Payne to hear more about how a Labor government will address these concerns – both federally, and for Canberrans – and what we can expect from a (potential) change in government.

Q. To the surprise of no one, we saw a very pre-election budget from the coalition focused on immediate deliverables. Anthony Albanese’s budget reply was very people focused, and gave a sense of reprieve, looking at the people who have really suffered through the pandemic. To Canberra specifically, if we do see a change of government in a couple months, how do those differences in the budget play out?

A. Yes, the cash payments in the budget are obviously a pretty cynical, pre-election ploy from this government and they do nothing to address the very real concern about cost of living Australians and Canberrans are experiencing right now. We will support those payments, but they don’t make up for nine years of neglect that this government has shown for cost of living, and particularly wages, which is the other side of the coin – and we have seen wages decline under this government, with no plan to fix it.

That will be a key focus of a Labor government, because everything is going up except people’s wages at the moment. And what Australia and what Canberrans are looking for is a longer-term plan about the cost-of-living, so our plan includes looking at the cost of childcare. Canberra has some of the highest childcare costs in the country, and our plan will make childcare cheaper for nearly all families who use it with no one worse off, so that’s a really important policy. We’ve also got a plan to lower power bills, which is also part of our plan to transition to renewable energy, and that is the issue that Canberrans raise with me more than any other is the need for climate action.

Obviously, the focus of Anthony [Albanese]’s budget reply was aged care, and this is a huge issue in Canberra as it is around the country. People talk to me a lot about the awful situations that their loved ones are in, and I’ve seen that myself with my grandmother – coming up to nearly 20 years ago now – but the issues are the same. The stories are the sign of our people struggling to access people in care. The staff are overworked and underpaid.

What I saw with my grandmother was that the staff really were passionate and really wanted to care for the older people, but it was pretty much impossible when there weren’t enough of them to go around. There wasn’t time for really spending a lot of time and often people were neglected.

Q. So much of this comes back to the cost of living, which is just going up and up. Canberra already has quite a high cost of living, and so we are, in particular, really feeling that pressure. What might a change look like that sustains the existing relief measures from this government? Past a (potential) turn of government, what might that look like, and what could Canberran’s expect?

A. So you raise a really good point. Canberra is a very difficult place to be poor because it is a high cost of living city. Because we have, on average, higher incomes and low unemployment, people can sort of think that everyone’s doing okay in Canberra, but they’re really not. And the services that I talk to, like community organisations that are providing community services to people, they really know that Canberrans are struggling, and they’ve stepped up to provide that safety net where some of the government’s social security system is becoming increasingly inadequate. So one of the key things that Labor will do about this is Labor will be people focused and listening to Australians, caring about what they’re actually going through. Which, we’ve seen with this government too many times that they’re not interested in that. They just make an announcement to make what they see as a political problem go away, and these cash payments are an example of that.

When people have good, secure jobs and people aren’t having to work multiple jobs to make ends meet, their standards of living increase a lot.

We will have a focus on wages and secure work which, through the pandemic, we’ve seen how important it is to have secure well-paid jobs, and we want all Australians to be able to have secure, well-paid jobs. So that’s about a range of Industrial Relations reforms, so getting secure work as a key part of the Fair Work Act. We have a detailed policy around closing the gender wage gap, which is another really important part of it. When people have good, secure jobs and people aren’t having to work multiple jobs to make ends meet, their standards of living increase a lot.

Q. Something that has been a hyper focus for you over the past year is the Braddon Centrelink shopfront, which was closed last year. It means we’re looking at people who are needing to access this relief, and the payments that have been offered, but have had their access reduced. If you are a government MP in this space in a couple of months’ time, how can you see yourself and a Labor government addressing this problem?

For some people, they can easily get to Gungahlin or Woden, but many cannot. Including, if you’re trying to live on $43 a day on the JobSeeker payment, just the cost of that public transport – or, even if you’re someone that doesn’t have a smartphone, if you’re someone that doesn’t have the internet at home, you can’t just go online and do Centrelink on there. So I was really pleased that Bill Shorten as Shadow Minister for Social Services Australia and the NDIS came and we did a press conference together. This is a problem for Canberra, but there are many areas in regional and rural Australia where people also have to travel a long way.

Q. It’s a bit ironic, isn’t it? Because our awareness of the demand for Centrelink services over the past couple years has been like nothing before, with people who never imagined they would be accessing social services now doing so. But, in the same token, you’re seeing a reduction of the access to that service.

A. Exactly right. And it just beggars’ belief that the government would be closing Centrelink’s in a pandemic, when just so recently we saw thousands of people lining up at Centrelink’s around the country when the pandemic hit to get assistance. There are things that Centrelink requires you to come in, in person, by rules. While they want to move everything online, there are still things that they require you to come in for, making it harder and harder for people to do that. There absolutely needs to be one in this area.

Q. Is restoring a Braddon shopfront something that you will push for?

A. Well, it is something that I’ll continue to talk about. If we got into government, it would be something I would raise with our minister.

It’s about ensuring that all Australians have the best opportunity to have happy, healthy, fulfilled lives and recognising that a government has a role in helping deliver that.

Q. Looking at your office, the corflutes are out, and it’s all starting to happen. With the potential for change and the potential that, in a couple of months, things might be different for you and for this office, what’s the main thing exciting you about that prospect?

A. Well, honestly, I think this is a government who doesn’t care about the issues that Australians are facing. We’ve seen that with the bushfires, we’ve seen it through the pandemic at various points and the floods that time and time again, they’re about the announcement but not actually addressing the problem. And what I’m most excited about if we were to hopefully get an Albanese Labor Government is that we would have a government that, at its heart, wants the best for all Australians.

That’s the whole reason for Labor, the whole reason that Labor is a political party. It’s about ensuring that all Australians have the best opportunity to have happy, healthy, fulfilled lives and recognising that a government has a role in helping deliver that. And so, we would have a government that cares –  genuinely cares – about cost of living, about making childcare affordable so that everyone can access it, that genuinely cares about fixing the crisis in aged care, that wants to really take action on climate change. Not just to tick a box. I could go on with many issues, but we’ll have a government that actually cares about getting these things right. And that is very exciting.

For more articles written by journalism students from the University of Canberra, please visit The Owl‘s page. 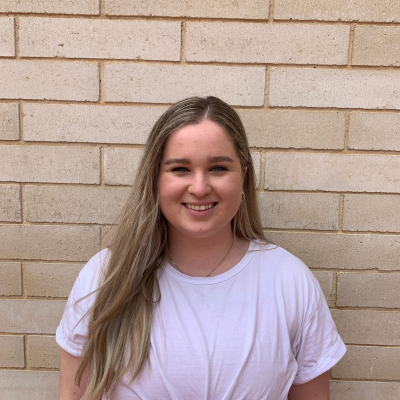