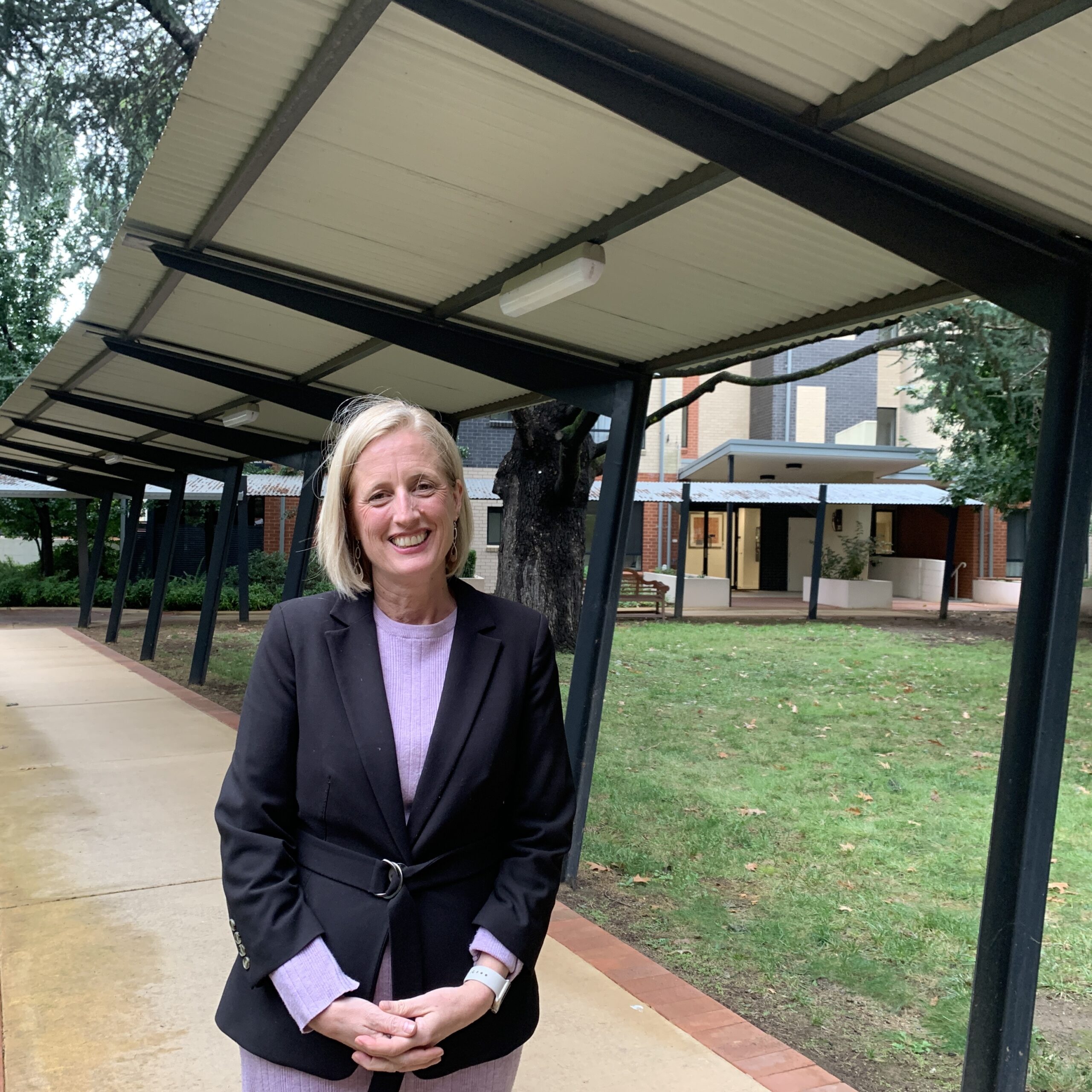 Disclaimer: This piece was originally written for publication on The Owl.

A lack of female representation in the local Canberra government in the early 2000s was what influenced current Labor Senator Katy Gallagher’s two-decade long career in politics. From being elected in the Legislative Assembly in 2001 to running for her third Senate term in the upcoming 2022 election, her career has involved representing the interests all people in the nation’s capital to holding the Federal Government accountable in any way she can.

Katy entered politics in the 2001 ACT election representing the Labor Party, where she was made Deputy Chief Minister in 2006 and Chief Minister in 2011. After previous ACT Senator Kate Lundy resigned from politics in 2015, Katy was then selected to stand in her place, until she became a Senator in her own right in the 2016. Her responsibilities have included representing local women in Canberra, moving to ensuring that standards of democracy are being met nationally. Coming into the election, she is currently the Shadow Minister for Finance and the Public Service, but has hopes to strip the ‘shadow’ titles.

2022 is her 21st year of politics, and though she tries not to look back on her career through the scope of her achievements, Katy Gallagher has had a major influence on the progression of Canberra and the nation. I spoke to her about her career, and what she hopes will change in and after the upcoming election.

Q: You have been in politics for over 20 years now, what got you into it in the first place?

A: Back in 2000 there was no women in the ACT Labor Party as elected members, so I was part of a group of women who decided to put their hands up for preselection in the party, and then stand as candidates so that one of us would get up. I think there was six of us that put our hands up, and then at that 2001 election, where Labor won government locally, two of us were elected. At the time the assembly only had one woman in it while there were 16 men, but none were in the Labor Party and I think we all thought that was really wrong.

However, here in the Senate, more than half of the Senators are women. In the Labor Party, we are 49.3% women – I don’t know where that .3 comes from – but we are doing a lot better. We are also doing a lot better than our political opponents, who only have about 27%. There is no doubt that when you get women elected, you get that broader representation of the community. Your parliament should represent the communities they seek to represent, and women are 50% of that.

Q: On your website, you have also said that a lot of your goals were to keep pace with a growing and changing city. Could you tell me what you were hoping to bring as well as that representation?

A: At the time I was a single parent with a four-year-old child, and Canberra was growing pretty rapidly. It was shedding its skin of small-town status and moving into the vibrant city that it is today, so we were facing huge population growth, and a lot of young families.

That’s the great privilege of serving at a local level, which I miss a little bit now – you get to shape the community you live in.

You build the schools, make sure the hospital is what it needs to be, make sure the roads are good, that the parks are there, that the playground is upgraded. All these things that matter day to day to people are part of your responsibilities.

I would say that there was a big women’s vote in that 2001 local election that was obvious because there had been an issue about termination of pregnancy, where we had some very conservative men change the laws and they were quite confronting. Those laws had been passed without any female representation in the Assembly, so there was a growth in votes to ensure there was in future.

Q: As Chief Minister, you encouraged ACT Labor to take on some bigger moves, including the creation of the light rail, encouraging legislation around same-sex marriage and introducing the first nurse-led Walk-In Centres. Some of those things were completed once you were out of the local government, how and why did you get the ball rolling with these things?

A: These are big decisions. They are expensive and they go over a number of years, so part of it is making sure the decision making is right but also being in a position to make decisions for the longer term benefit of the city. The light rail was very controversial, because people thought it was too much money and it was only going 12 kilometres, but I think anyone looking at the city now would agree it’s a pretty important piece of infrastructure that has opened up a lot of opportunities.

Sometimes you just have to make these big tough decisions and stick with them, and ride out the controversy, and in time people will accept those decisions.

The ACT, I think, has always been able to punch above its weight with these things, especially the moves that were made with same-sex marriage. We played a major role in initiating the plebiscite, which of course was not the way we wanted to go with it, but it was the start of the major change. We should be proud. I am proud of the work the ACT has done on a national scale.

Q: What is the thing you miss the most about being a MLA and Chief Minister?

A: It’s hard to pick just one thing. I guess the thing that is the most different now is that in local government, you the power and the resources to make things happen. I liked that side of things. You’re very local and people tell you what they think – I mean, people still do that to me anyway over the frozen food section at Woolworths – but I miss that you can make significant differences locally. You can do things like running a program for teenage mothers in college so they can finish their schooling, which we did at CCCares at Canberra College, or big things like building a hospital or introducing nurse-led Walk-In Centres that everyone uses all the time.

I’ve never been a politician that wanted a big legacy or anything like that, because at that level of government it’s all about the little things, the people you meet, the volunteers and the kids you help.

It was hard to leave because the work is never finished. But you do need to accept that someone will pick up the work you have left behind. We’re all replaceable. It kills us, but we are!

Q: In the Senate, your role sees you holding people accountable, championing for accountability and advocating for reform with regard to workplace culture. Why is this position in the senate so important to you and Australian politics?

A: Having an opposition that can hold the government accountable is obviously very important for democracy. We would prefer to be in government, any opposition would, because even the best day in opposition doesn’t compete with the worst day in government. But, having an opposition that can hold the government accountable is incredibly important. Even more so when you don’t have things like an anti-corruption body, or have a government like this one that has been in power for over nine years and has had some dodgy stuff go down, and isn’t a fan of transparency or accountability. People don’t hear what goes on behind the scenes, and they fight a lot of the release of information. They will tie people up in court rather than hand things out. I feel like our job, while it’s thankless and kind of pain-staking, is really important.

The national government has levers on the economy, they have revenue raising power to ensure the delivery of services to the states and territories, they have responsibility for defence, for immigration, for aged care. There are hundreds of billions of dollars that go from the government out the door, so it’s extremely important we hold them to those decisions. In that sense, that part of my job is very rewarding… even though I would like to be government.

Q: As it’s been nine years, a Labor government would no doubt create a lot of change in the way things are happening. What are the major campaign promises for this upcoming election?

A: We absolutely have more policy to announce, but the main themes for us would be a future made in Australia, around jobs and skills within the country, a powering Australia policy, which is our response to climate including targets and immersions reductions, Medicare is front and centre, and affordable childcare. Anthony’s vision is to look at childcare the same way we look at education, which is universal access. We’ve got a way to go, but we have made some pretty significant commitments around that.

We want to ensure people can make ends meet, that we position ourselves well for the economic opportunities that come, and that we make sure we are doing a bit more here instead of outsourcing stuff overseas.

Q: What would be the biggest changes we would see with things that are in place now?

A: Climate would be major. Our policy is about emissions reductions. We have currently got the 2050 plan, but we would be doing the bulk of that work, reducing emissions, this decade – which is what the most recent IPCC report has said needs to happen. That is also about jobs and investment, and putting downward pressure on the prices of peoples bills.

The National Reconstruction Fund is another big one, where we want to build a future that is made in Australia, and support and generate those private sector opportunities for new jobs in advanced manufacturing, but also in the care economy where there is a massive opportunity for growth. Our policy on aged care is a significant change to the current governments, and also our desire to have an anti-corruption commission. The government promised one three years ago and hasn’t done it.

We want to put some integrity back into politics, to show we are hardworking and honest, and have systems in place that deal with corruption and misuse of public funds.

Q: How do you feel looking back on your time on politics the progress that has been made?

A: I don’t spend too much time looking back to be honest. I am pleased with the number of women coming through, particularly the young women with babies or young children, into politics. My generation, Penny’s generation, we fought to be at the table. That was our fight.

This new generation that are coming up behind me, they’re not happy to just be at the table. They want to be active participants.

The downside is, politics has got meaner and faster. I don’t know that it is seen as an honourable profession, which I think it should be. There has definitely been some downwards progression as well, it’s certainly a lot more febrile, national politics at least. At a federal level there is a lot of pressure, a lot of stress and a lot of nastiness, which has made it less attractive for people to go into.

For more articles written by third-year journalism students from the University of Canberra, please visit The Owl‘s page. 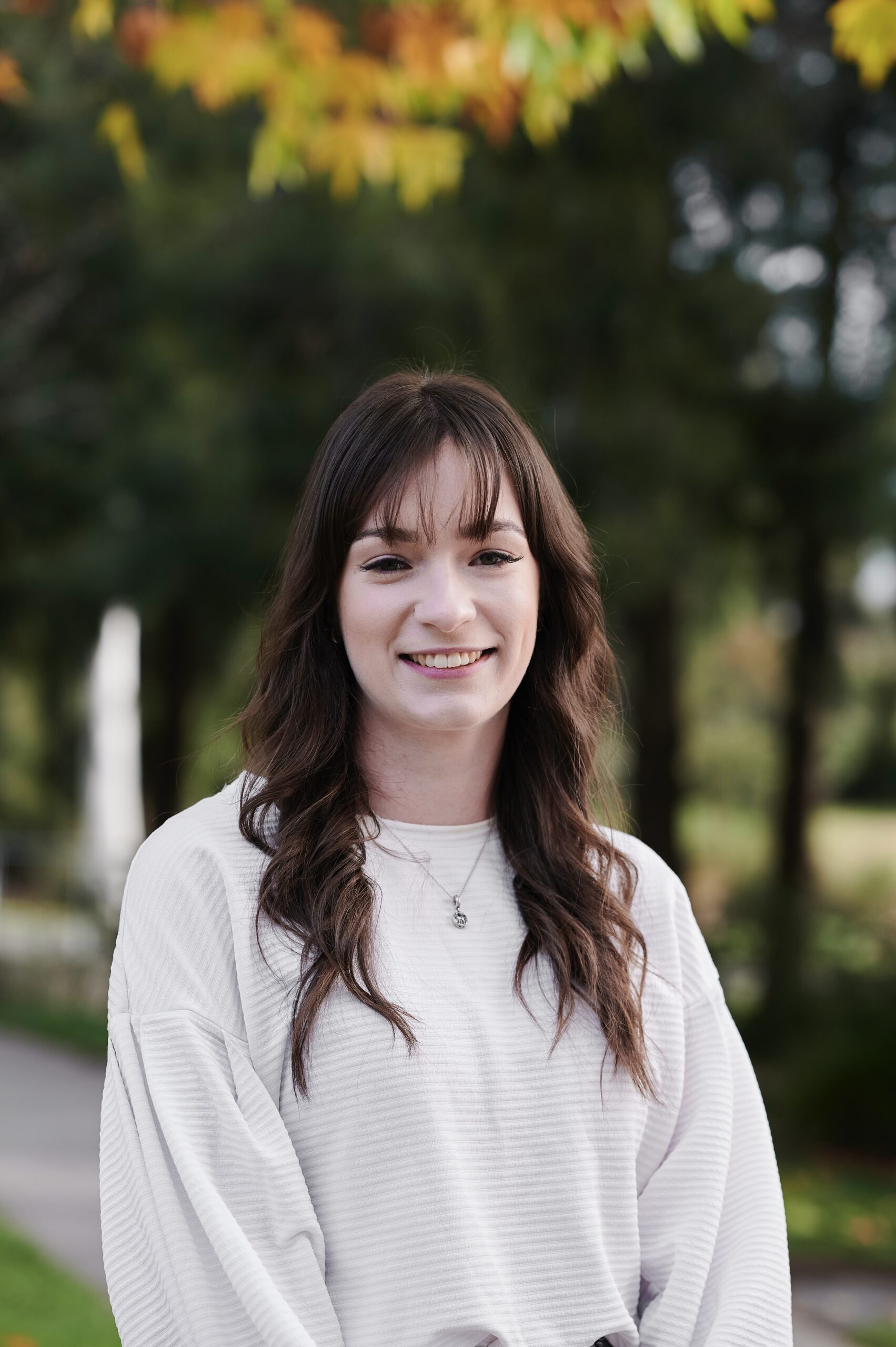